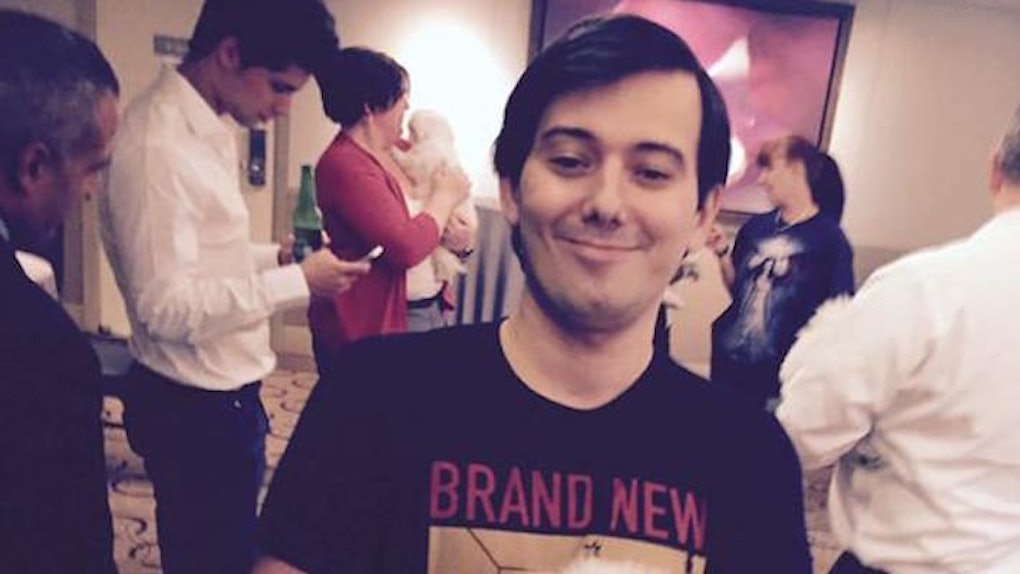 Remember a few weeks ago, when the entire Internet was up in arms over Martin Shkreli?

Here's a quick recap of what happened in case you missed it.

Shkreli, a former finance bro turned pharmaceutical company owner, purchased the rights to Daraprim, a life-saving drug used to fight deadly parasitic infections in pregnant women, other at-risk people, those with malaria and people with AIDS.

Yes it is absolutely a reaction — there were mistakes made with respect to helping people understand why we took this action, I think that it makes sense to lower the price in response to the anger that was felt by people.

As of October 13, Shkreli has made no moves to officially drop the drug's price. In fact, he's now starting to backpedal on his promise.

I said that it would take a long amount of time to figure out how and when to lower the price.

Shkreli said, the reason the company is taking so long to change the price is because it has yet to determine the demand for the product.

Shkreli did have one fair point: His company isn't the only pharmaceutical company to raise prices on older drugs. He added,

There have been hundreds of companies that have raised [their drug prices] higher, and they're not rolling back their prices, so why should we?

But, Shkreli may be facing bigger problems than whether or not the public approves of him.

On Tuesday, New York Attorney General Eric Schneiderman confirmed he has opened an antitrust probe into the company.

The investigation will look at if Shkreli's company is purposefully restricting the distribution of Daraprim to halt generic competition.

As New York News Channel 3 reports, Schneiderman's office is concerned Shkreli's company restricted distribution of Daraprim so generic drug manufacturers couldn't get their hands on samples they need to create their own version.

Citations: Here's why Martin Shkreli says he still hasn't lowered the price of the critical drug he hiked from $13.50 to $750 (Business Insider)