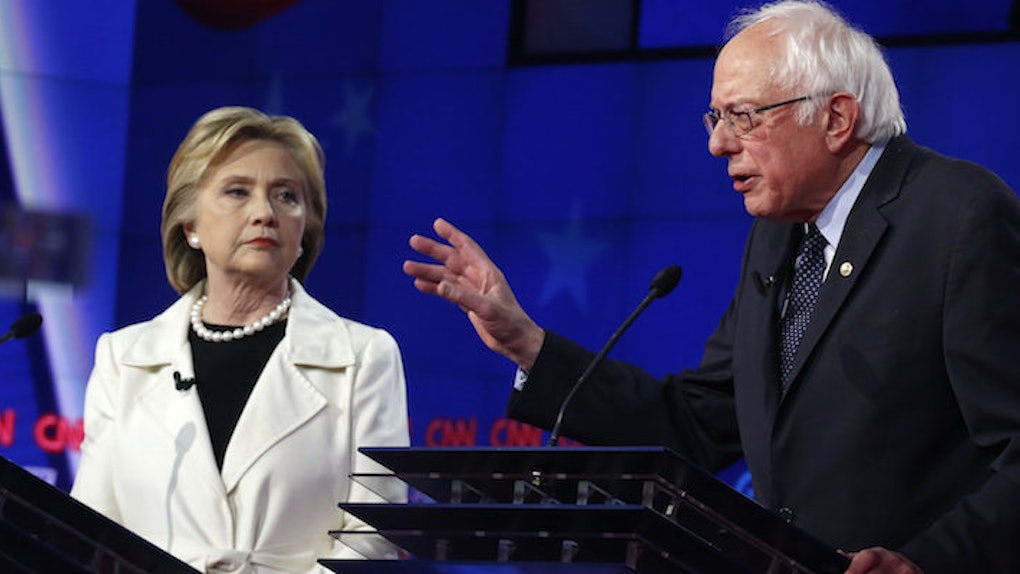 During the Democratic debate on Thursday night, Senator Bernie Sanders made some very bold remarks about the ongoing strife between Israel and Palestine.

Wolf Blitzer, one of the moderators, asked Sanders,

Senator, let's talk about the US relationship with Israel. Senator Sanders, you maintained that Israel's response in Gaza in 2014 was, quote, 'disproportionate and led to the unnecessary loss of innocent life.' What do you say to those who believe that Israel has a right to defend itself as it sees fit?

Sanders offered a response very few American politicians would be willing to give. He said,

Well, as somebody who spent many months of my life when I was a kid in Israel, who has family in Israel, of course Israel has a right not only to defend themselves, but to live in peace and security without fear of terrorist attack. That is not a debate. But -- but what you just read, yeah, I do believe that. Israel was subjected to terrorist attacks, has every right in the world to destroy terrorism. But we had in the Gaza area -- not a very large area -- some 10,000 civilians who were wounded and some 1,500 who were killed. Now, if you're asking not just me, but countries all over the world was that a disproportionate attack, the answer is that I believe it was, and let me say something else. And, let me say something else. As somebody who is 100 percent pro-Israel, in the long run -- and this is not going to be easy, God only knows, but in the long run if we are ever going to bring peace to that region which has seen so much hatred and so much war, we are going to have to treat the Palestinian people with respect and dignity... I believe the United States and the rest of the world have got to work together to help the Palestinian people. That does not make me anti-Israel.

In the context of US politics and foreign policy, this was a very audacious statement. It's essentially considered political suicide to be critical of Israel. Most American politicians are even unwilling to simply defend the rights and lives of Palestinians as it's interpreted as a rebuke of Israel and its right to defend itself.

Israel is one of America's strongest allies in a volatile region, the Middle East, so US politicians often shy away from anything resembling criticism -- especially regarding its conflict with Palestine. There's also the fact the American Israel Public Affairs Committee (AIPAC), a pro-Israel lobbying organization, is one of the most influential groups in Congress, and US politicians don't want to get on its bad side, either.

So, as a US politician, what Sanders said was pretty brave, especially since he made these remarks as a Jewish American in New York City, where a large population of Jews reside.

But, a lot of people seem to agree with what Sanders said and found his comments on Israel-Palestine refreshing, particularly compared to Hillary Clinton's stance on the issue.

Sometimes, saying what is arguably right and humane can also mean championing an unpopular stance. In this case, Sanders took a gamble by speaking from the heart, but it appears it paid off. He definitely won the respect of a lot of people.