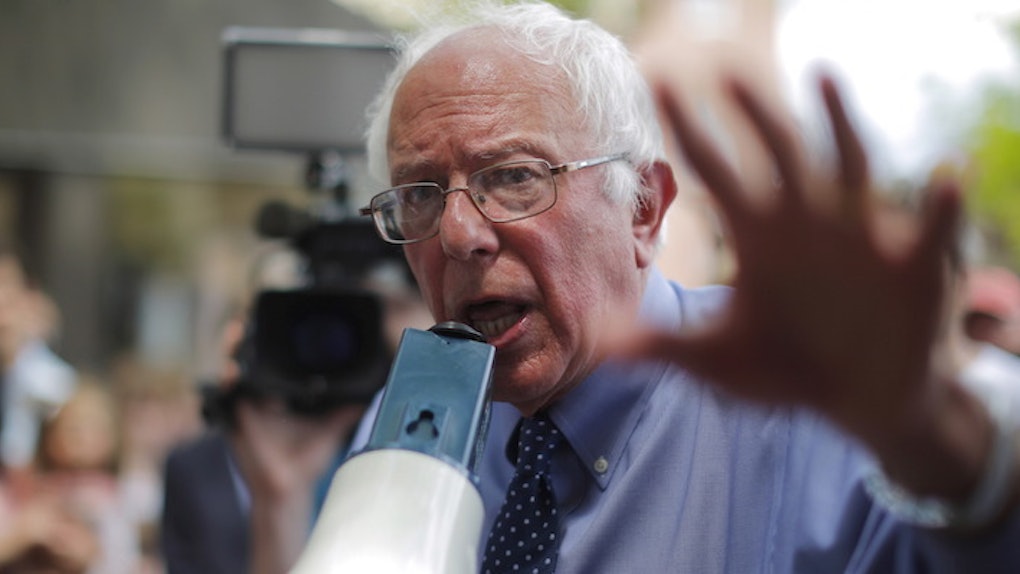 On Tuesday night, the Vermont senator delivered a surprise speech in front of the White House in relation to the ongoing fight against the construction of the Dakota Access Pipeline — a 1,170-mile pipeline that would carry crude oil from North Dakota to Illinois.

The Standing Rock Sioux Tribe has taken a strong stance against the pipeline, arguing it threatens their land, culture and water supply. Environmental activists, politicians and celebrities have joined the tribe in this fight.

The protests over this pipeline are not only linked to concerns over climate change but also the historic oppression and neglect of Native Americans.

Sanders, who is an outspoken critic of the fossil fuel industry and extremely vocal about climate change, is vehemently against the construction of the pipeline.

Speaking to a crowd that marched from the US Army Corps of Engineers to the White House, Sanders ripped into Trump over his support for continued dependency on fossil fuels:

We have a new president coming in who wants this country to become more dependent on fossil fuel, who is endangering the lives of our children, and our grandchildren and future generations. What we have got to tell Mr. Trump and everybody else, "We are not going silently into the night." The stakes are too high for the future of this planet.

Actress Shailene Woodley, who was arrested in North Dakota for protesting the pipeline, joined the rally in DC on Tuesday and was among those who saw Sanders speak.

Woodley posted about it on Facebook and was quite critical of President Obama for his relative inaction on this issue.

Sanders wants President Obama to declare Standing Rock a federal monument within the time he has left in office so the pipeline can't be built.

As Mashable reports, the US Army Corps of Engineers recently asked for more time to look over the plans for the pipeline, which is a positive development for the Standing Rock Sioux Tribe and delays the construction.