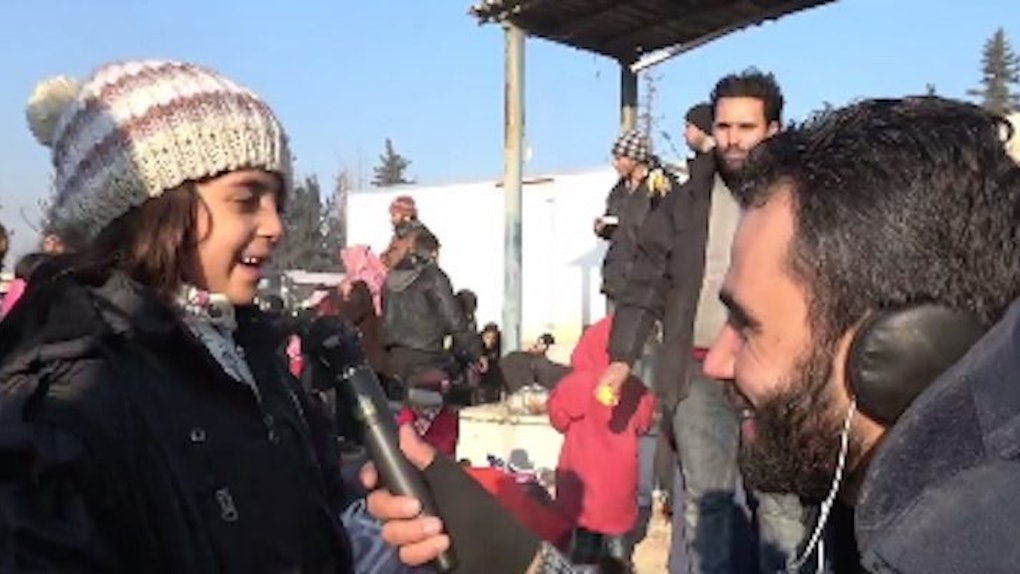 Bana Alabed Among Those Safely Evacuated From Aleppo

For the past several months, a 7-year-old girl named Bana Alabed has captured the hearts of people across the world by tweeting about her life in the besieged Syrian city of Aleppo.

As the situation in Aleppo became increasingly dire, it became difficult to avoid questioning whether the young girl would ultimately survive the conflict.

Sadly, the war in Syria has already claimed the lives of far too many children. It's an unfortunate reality.

According to The Guardian, over 300,000 people have been killed in the conflict in Syria, and at least 15,000 are children.

Fortunately, Bana has survived and was safely evacuated out of east Aleppo.

On Monday, the Humanitarian Relief Foundation (IHH) -- a Turkish NGO -- tweeted that Bana and her family were safely evacuated.

Other aid workers and journalists also posted photos with Bana.

Bana also did an interview, in which the brave little girl described the horrors she witnessed in Aleppo.

Bana's mother, Fatemah, was also captured on video speaking about the situation in Aleppo.

I want for my kids a good future, but this is the matter here. When we got out, we had a lot of suffering because we stayed almost 24 hours in a bus without water and food or anything. We stayed like a prisoner, a hostage. Finally, we arrived here and we thank God and we thank all our friends who have supported us.

Thousands of civilians have been evacuated from east Aleppo. After delays over the weekend, around 5,000 civilians were evacuated in 75 buses on Monday, The Guardian reports.

Meanwhile, the United Nations Security Council unanimously voted to send UN observers to Aleppo to monitor evacuations and report on the treatment of civilians who remain in the city.