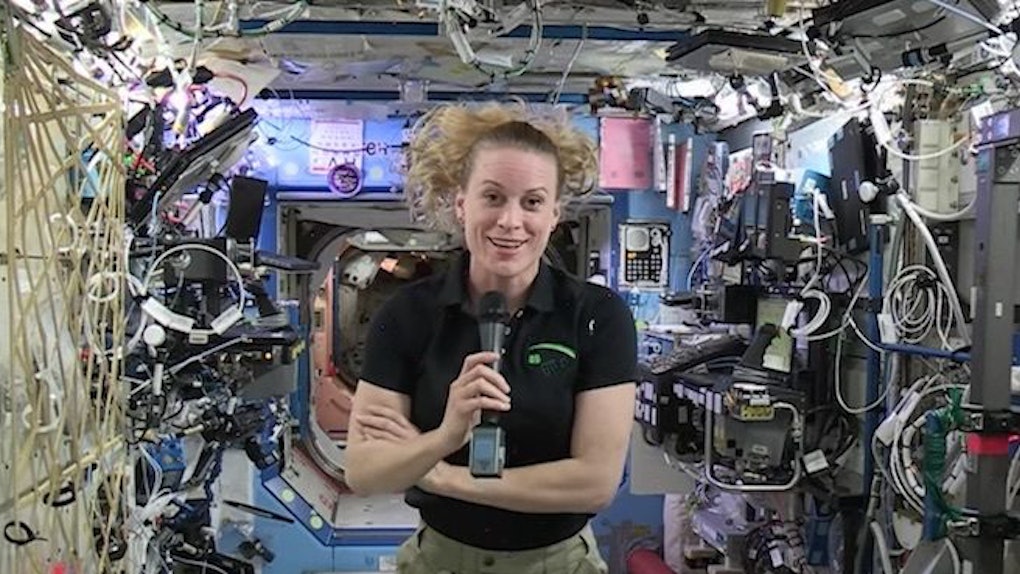 Ground Control to Major Tom. Take your protein pills and send in your absentee ballot.

If you think voting is a hassle, consider the fact an astronaut voted from outer space.

So, yeah, you really have no excuse.

NASA's Kate Rubins, who recently returned to Earth, sent in an absentee ballot from the International Space Station before she departed for home.

Rubins voted through what is known as a "secure electronic ballot," which is sent up to the space station by mission control at NASA's Johnson Space Center and then sent back by email to be officially recorded at the Harris and Brazoria County County Clerk's Office in Texas.

As NASA put it in a 2008 statement that outlined the process, this is all thanks to a 1997 bill passed by Texas legislators, which set up the technical procedure for astronauts to vote from space (most of them live in Houston).

Rubins' address from space on the absentee ballot was marked "low-Earth orbit," which is the official location of the space station.

Actually, it would be amazing to do just about anything from "low-Earth orbit."

In a recent interview, Rubins said,

It's very incredible that we're able to vote from up here, and I think it's incredibly important for us to vote in all of the elections.

This is perhaps the nerdiest slash coolest election-related news of all time.

NASA astronaut Shane Kimbrough, who is now the only American on the International Space Station, also recently voted.

According to Mashable, Kimbrough didn't vote from space, but still made the effort to fill out his absentee ballot before he launched to the space station from Kazakhstan on October 19.

In spite of the fact the US is (technically) the oldest democracy in the world, voter turnout in the US is pretty embarrassing. In 2012, for example, only around 58 percent of eligible voters participated in the election.

We can clearly do better, especially since there are astronauts who are voting when they're literally not on the planet -- or about to leave it.

Step up your game, America!

This is the country that landed on the moon. Remember that and land yourself at your polling station on November 8.