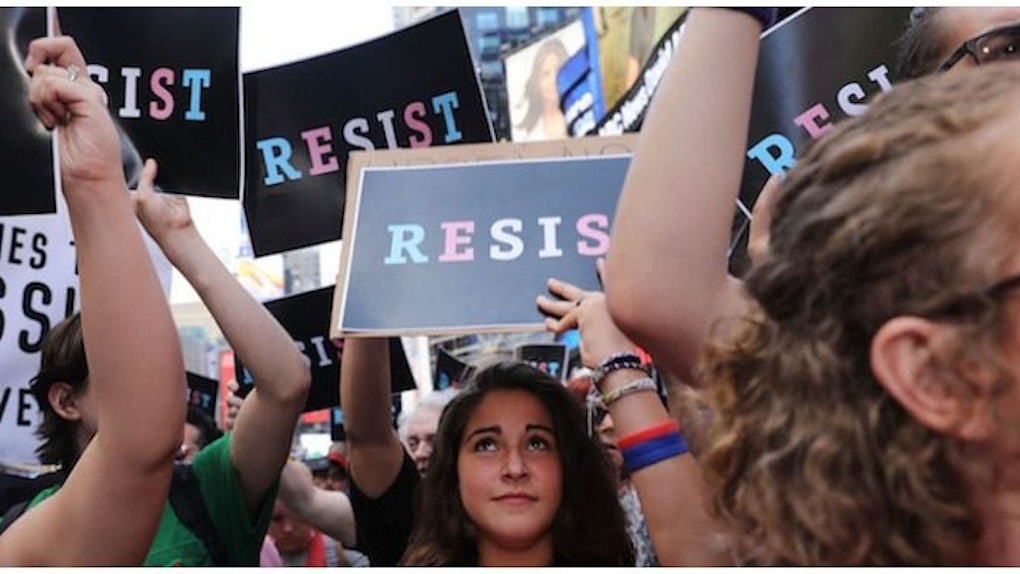 Trans People Serving In The Military Is Approved By Most Americans, Poll Shows

Exactly one week ago, on July 26, President Donald Trump announced via Twitter that he would seek to ban transgender individuals from military service. He cited the desire to prevent the military from being "burdened with the tremendous medical costs and disruption" and he even claimed to have consulted with "[g]enerals and military experts." The announcement, however, reportedly stunned military personnel and has led to protests, statements of support for trans service members from military officials, and threats of legal action.

And despite conservative pundits like Tomi Lahren stumping for the ban, the immediate backlash to the proposal, it seems, isn't just coming from far-left advocates. In fact, trans military service is supported by the majority of Americans.

A Quinnipiac University national poll released on Aug. 3 shows that most Americans support transgender people serving in the military.

Tim Malloy, assistant director of the poll, said in a release,

[Transgender individuals] put on uniforms and face the same risks as their brothers and sisters in arms for little reward other than protecting their country. Voters say a soldier is a soldier, no matter what his/her gender identity is. Voters say, 'Let them serve.'

Additionally, an overwhelming number of Americans -- 89 percent -- believe that employer discrimination based on sexual orientation should be illegal.

A little less than half of Americans believe that being more accepting of trans folks would be good for the country, where 14 percent believe it would be a negative.

The U.S. Joint Chiefs of Staff reportedly told the Pentagon that the ban would not be implemented until official guidance is given by the president. (Tweets don't count.)

The fact of the matter is that Trump might not have the law on his side when it comes to the proposed ban. The New Yorker pointed out that his tweets could put any official directives at risk, as they did with the Muslim ban.