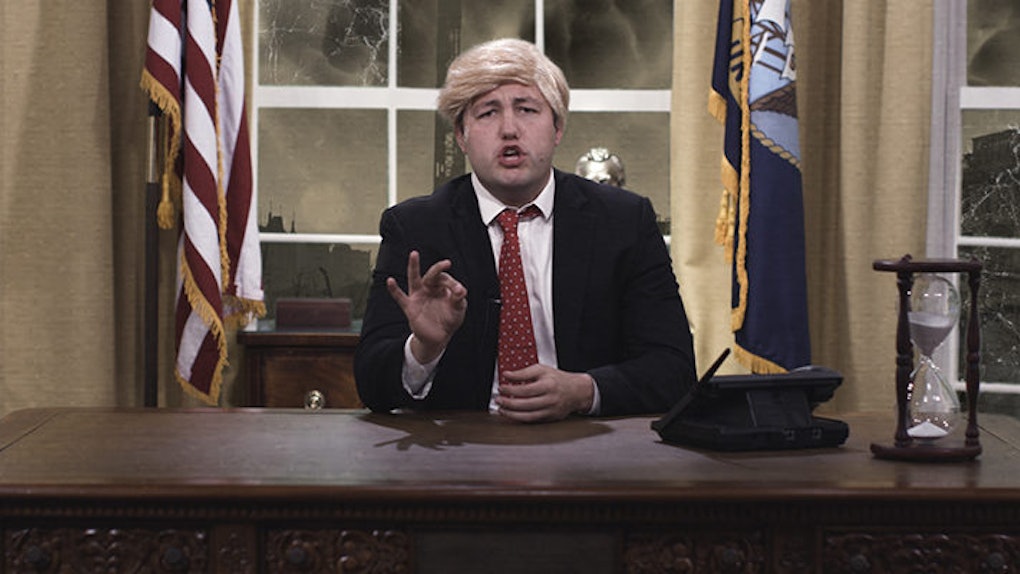 How Donald Trump Will Cause the Apocalypse

The world will be over.

Now that Halloween has passed, the scariest event of the year is approaching: the presidential election.

With the election a week away, everyone is sitting on the edge of their seats waiting to find out who will be the next — and potentially last —president of the United States.

Days before the election, voters are still being swayed away from Hillary Clinton with vague accusations being tossed around regarding her emails.

On one end we have a presidential candidate who hasn't released all her emails, and, on the other, we have a candidate unwilling to release his tax statements. Both equally may have something to hide, but only one candidate can at least compose themselves enough to run our country.

I think I can speak for the (smarter) half of America when I say it is scariest to imagine Trump taking on foreign affairs. If he can't contain himself in a presidential debate, how will he act accordingly when meeting with world leaders?

I've always liked the phrase "go out with a bang" until it applied the future of our country. Donald Trump likes to brag about how he'd resort to our atomic arsenal if necessary. The only problem is this isn't a reality show. When someone calls him on his bluff, we can say goodbye to the world as we know it.

You may say a zombie apocalypse seems a little extreme, but I don't think it's too far off. We are already phone zombies staring at our scenes all the time, absorbing everything on the internet as thoughts of our own. I mean really, you're watching a comedy web video about the Trumpocalypse for your source of political content.

Seriously, pick up a book or something.

GEN WHY is back to remind you to vote (for Hillary Clinton).