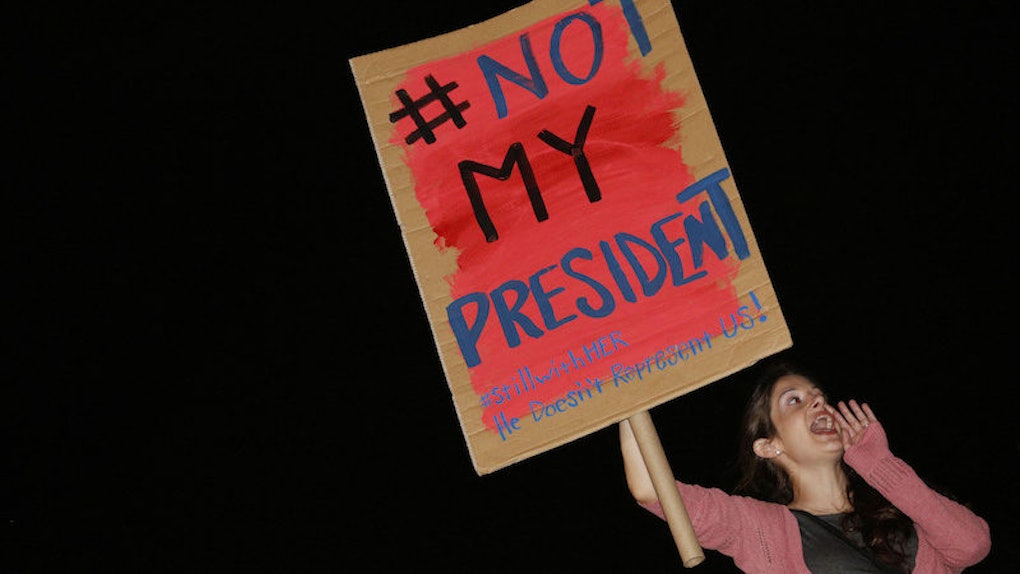 America Is Not Broken But We Are Defeated

Like many other Americans, I woke up feeling defeated on Wednesday.

Everywhere I looked, the moment many of us had feared was staring me in the face: Donald Trump is going to be the 45th President of the United States of America.

The reality hit me like a ton of bricks. As I sat in my apartment, scrolling through the myriad of texts and Facebook mentions I received throughout the night, all I could do was cry.

With every news article I read, it became increasingly apparent that on November 9, 2016, love did not trump hate.

A campaign that was filled with bigotry and contempt for minorities had actually resulted in a President-Elect. America had spoken, and the progressive liberals were silenced.

Today was the day I realized racism, sexism and xenophobia were not qualities of only a small sub-sect of people, but rather a large portion of our population.

Donald Trump ran his entire platform on this rhetoric, and the majority of Americans deemed that acceptable. America looked at every person Donald Trump ostracized and said "you don't matter."

Regardless of how voters felt about Hillary Clinton or her politics, I believed America would never be this divisive and allow this man into the most prestigious office in our country. But we did.

We did, and we validated any latent feelings of prejudice in his supporters. One step forward, and 100 steps back.

The next 24 hours were filled with extreme emotions ranging from anger to deep sadness.

I felt as if my world had been turned upside-down, and everything I thought I had known was a lie. I looked at family and friends who had voted for Donald Trump and questioned whether they actually viewed me as their equal?

If they did, how could they justify their choice? How could I sit across from these people during the holidays and pretend they did not set America back 50 years?

I questioned whether I belonged here. Was this America actually the America I wanted to be a part of?

I was speaking with everyone I knew trying to make sense of what happened.

On my way home from work, I called my brother for another vent session and his words while simple were profound.

He said. “We are on the right side of history, just the sad part of the story.”

We are on the right side of history, this is just the sad part of the story.

That was my moment of clarity. I felt my head begin to clear, and I knew all the anger and sadness I felt could be directed in the right direction.

This is my America too, and while half of the country may have voted Donald Trump into office, the other half did not. That is the half I choose to believe in tonight.

No, I will not support Donald Trump or his rhetoric.

If we want change, we have to fight for it. Together.

This election has brought out the dark side of America, but now that we know how deep it runs, we know how hard of a battle we have ahead of us.

We can no longer turn a blind eye to social injustice by making excuses. We have to combat it head-on.

We must get involved from the ground level and work our way up. It is no longer acceptable to sit idly by while we watch the progress of the last eight years slip away.

Today we mourn, tomorrow we organize.

Together, we can restore that hope in America.