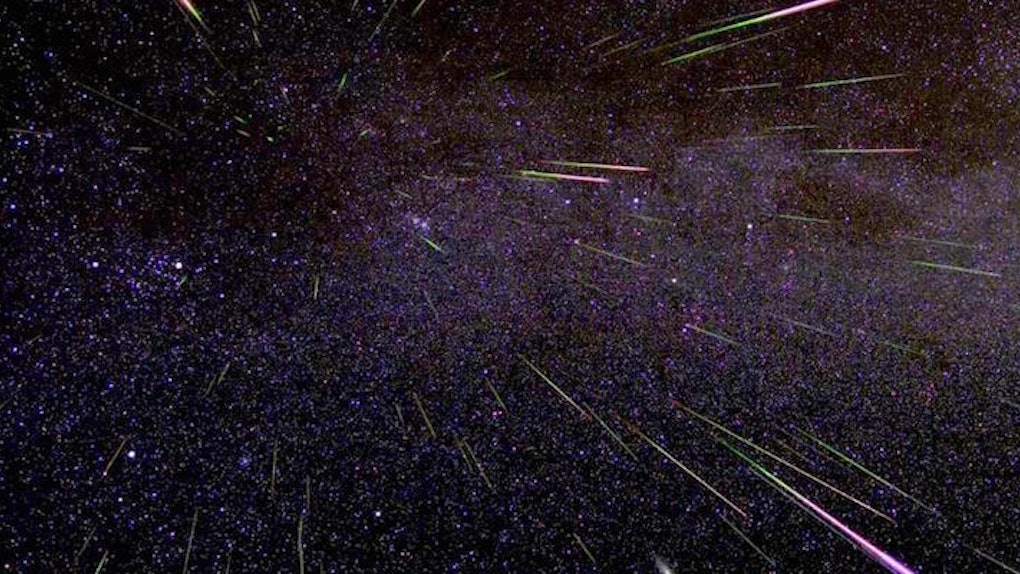 The Perseid meteor shower reached its peak last night with around 200 meteors streaking across the night sky per hour.

The Perseid meteor shower occurs every year, always peaking in mid-August, but this year's shower was nearly double past years. It has been years since the last time there were this many meteors in the sky during the Perseids — and it may be many years more for it to be this robust again.

If you didn't get to witness it yourself, there is still some time. The meteor shower will last until Sunday, but peak meteor density was last night.

The pictures that were taken of it are spectacular.

The Perseid meteor shower is comprised of the fragments from a comet named Swift-Tuttle.

Presumably named after one of Taylor Swift's relationships with a giant white-hot clump of rock hurtling through the solar system for eternity. Swift-Tuttle orbits the sun every 133 years.

The meteor shower is caused when debris from this Swift-Tuttle comet crosses pass with Earth and flies into our atmosphere.

Each Perseid meteor travels at a shocking 132,000 miles per hour.

As Nasa points out, “At that speed, even a smidgen of dust makes a vivid streak of light when it collides with Earth's atmosphere.”

As the meteors fly enter our atmosphere they can reach temperatures as high as 10,000 degrees.

This causes them to safely burn up and disintegrate.

It is this process that makes the night sky light up as it does.

Many of these meteors broke off from their parent comet hundreds of thousands of years ago, traveling silently through space this entire time...

...finishing their long journey here, as they streak through our sky and finally vanish forever.

Do yourself a favor and look up at the sky tonight. You won't be disappointed.