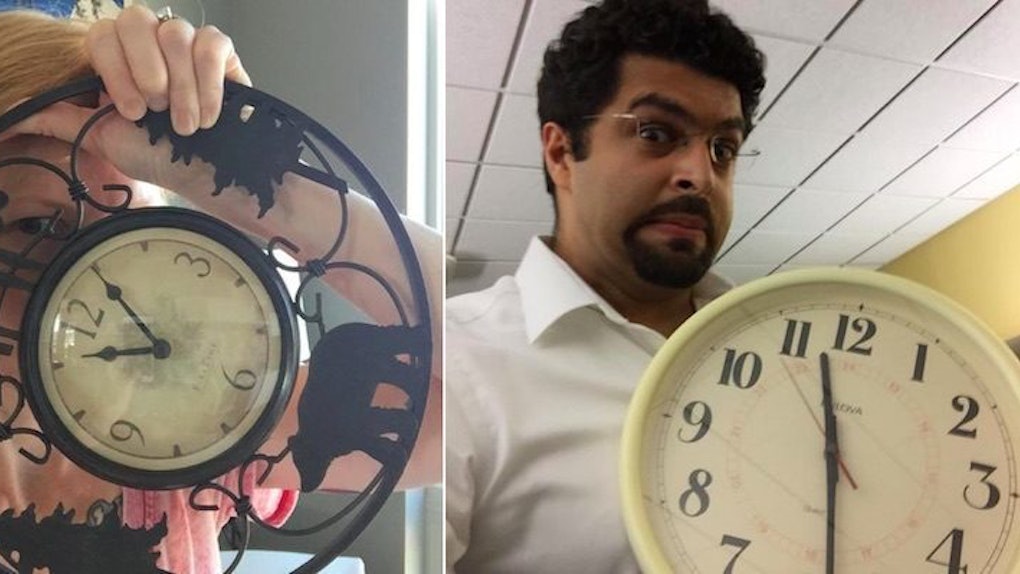 When Ahmed Mohamed brought a homemade clock to school to show his teachers, technologically paranoid school officials and local police mistook his creation for a crude, child-rigged bomb.

Educators and law enforcement silently crapped their pants as the 14-year-old was escorted off school premises in handcuffs to a juvenile detention center.

When the Internet caught wind of the debacle, users started tweeting #IStandWithAhmed or #NotABomb and posting photos of themselves holding clocks.

Twitter user Whitney Merrill shared a photo of a watch and a NASA shirt similar to the one Mohamed was wearing when he was arrested.

The greatest support tweet came courtesy of President Barack Obama. He urged Ahmed to stay undeterred in his pursuits of science and invention and invited him to visit the White House.

At this point, Ahmed can basically Doogie Howser his way to a doctorate and not give one bit of credit to his high school teachers.

Citations: People Are Posing With Their Clocks (NOT Bombs) for #IStandWithAhmed (Complex)