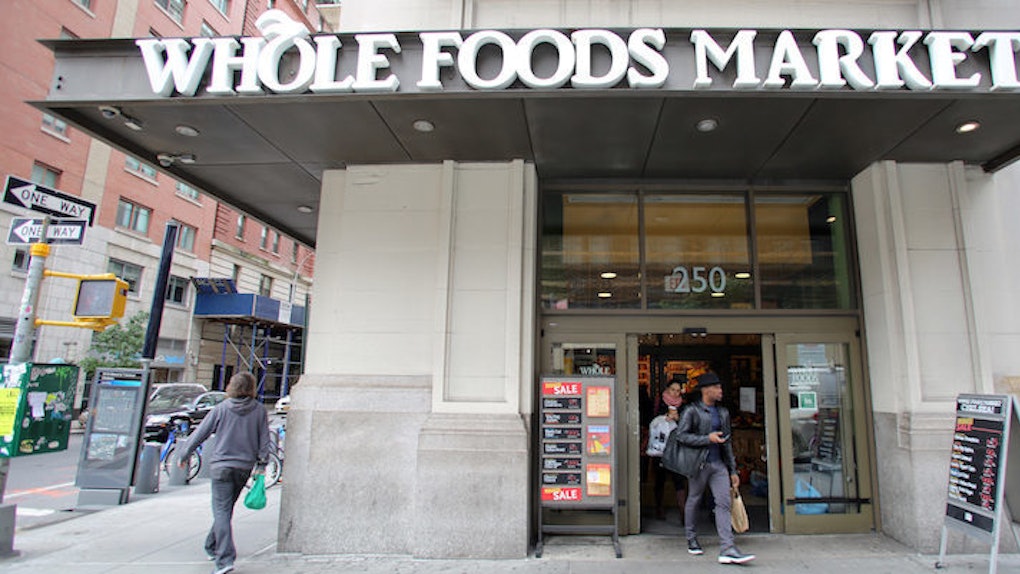 Update: According to Cosmopolitan, Whole Foods has stated it will be countersuing Brown with the help of security footage suggesting the pastor wrote the homophobic slur himself.

Brown's video, which can be seen just a little further down this page, shows a label on the side of the cake's box to prove it had not been opened.

The security footage, however, apparently shows the label was on top of the box when originally purchased.

A Texas pastor is suing Whole Foods Market after receiving a cake from the grocery chain containing a homophobic slur.

But, just before he was about to drive home, Brown discovered something was added to his requested phrase.

In a video posted by his legal team on Monday, Brown shows the sealed box has not been opened in order to prove he did not write the slur himself.

The lawsuit filed in Travis County, Texas yesterday states Brown called Whole Foods later that day and spoke to a store leader who sincerely apologized, offering him a gift card and replacement cake.

Two hours later, however, the employee allegedly called back and retracted the offer after determining a store employee did not write the slur.

In a statement, Whole Foods said,

Our team member wrote 'love wins' at the top of the cake as requested by the guest, and that's exactly how the cake was packaged and sold at the store. Our team members do not accept or design bakery orders that include language or images that are offensive. Whole Foods Market has a zero tolerance policy for discrimination. We stand behind our bakery team member, who is part of the LGBT community, and the additional team members from the store, who confirmed the cake was decorated with only the message 'Love Wins.'

Brown's lawyer said Whole Foods' statement was “outrageous” and claimed his client does not even own blue icing, according to New York Daily News.

The lawsuit seeks unspecified damages for intentional infliction of emotional distress. It states,

This cake contained a slur directed at the LGBT community, but the next could contain slurs directed at different races, religions or national origins.

The cake was intended for a member of Brown's congregation, the Church of Open Doors.