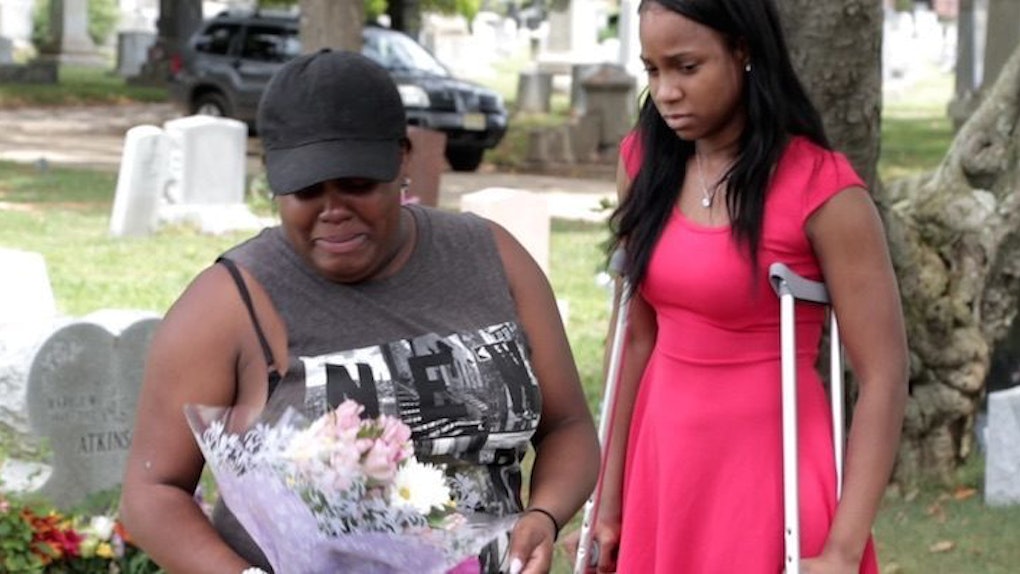 Patience Carter, Tiara Parker and her cousin, Akyra Monet Murray, were on vacation in Orlando, Florida when they decided to go to Pulse nightclub for a night out on June 12, 2016.

Of course they had no way of knowing that would be the night an armed man would enter the club and kill 49 people in the deadliest mass shooting in American history.

Parker was still in the club when the shooting started. Carter and Murray ran back in to find her. The three of them spent hours hiding in the bathroom with the gunman. They were all shot. Murray did not survive.

Carter and Parker have been moving forward from the tragedy as much as they can. Their lives, as well as the lives of several other survivors of the Pulse Orlando shooting, are explored in the MTV special "True Life: We Are Orlando," which is premiering on Monday night.

Parker spoke to Elite Daily about her life in the two months since the Pulse shooting.

Parker's physical recovery from her gunshot wound is going fine, she said, but as for her mental well-being,

I'm not where I should be.

Murray was -- and still is -- a big part of her life. It's been very difficult for Parker to move on without her. But she has her family and Carter helping her through as a support system.

I got all this love and there's warmth everywhere ... I'm just gonna keep going and keep pushing.

After the Orlando shooting, Parker lost another cousin to gun violence.

She said sometimes, even when she's sitting at a friend or family member's house, she feels like "giving up." But then she hears her cousins' voices telling her to go on.

Can I physically respond to them or talk to them? No, I cannot. But when I hear them, it gives me peace.

Even before the Pulse shooting, Parker had lost family members and friends to gun violence, so gun control was always something she thought about.

She feels there is "more that can be done" to stop gun violence. Parker said,

It should be a little more intense, a little harder for you to be able to purchase a gun.

When she returned to Philadelphia from Orlando and began working on her recovery, Parker faced an unexpected hurdle.

People on the internet kept telling her she was lying about the shooting even happening. She hopes this MTV "True Life" episode will show them the Pulse shooting was not a made-up conspiracy. Parker said,

This is real as real can get ... I'm telling you exactly how the story happened from the beginning to the end of what I saw.

As Parker continues her life in Philadelphia, Carter will be starting her third year of college at New York University this fall.

Along with the episode, MTV is providing resources on how to support Orlando and stricter gun control.