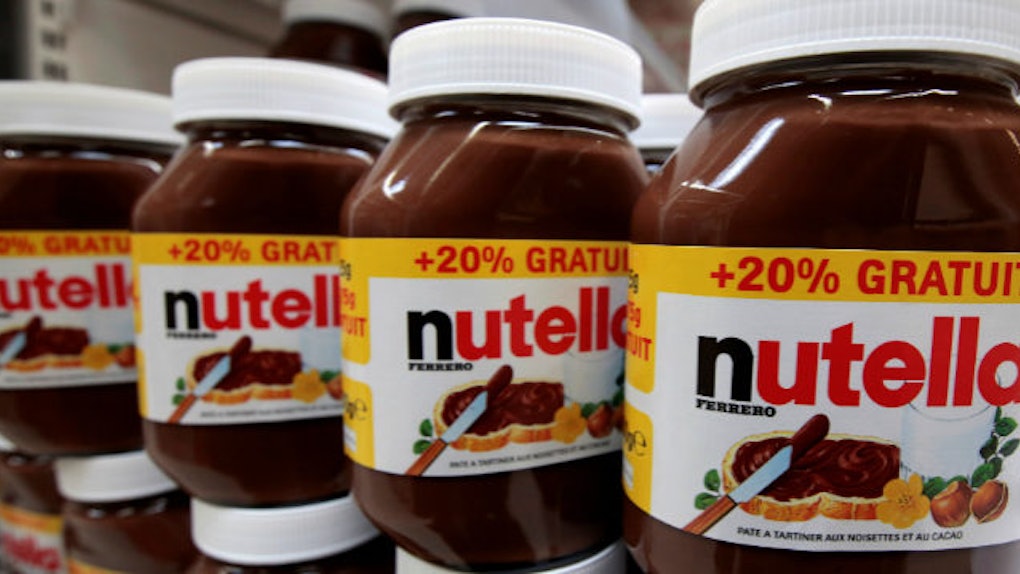 Nutella Maker Defends The Use Of Palm Oil Linked To Cancer

NUTELLA CAUSES CANCER?! What am I going to do with these 30 delicious Nutella recipes now?!

Who knew something so tasty like a creamy hazelnut chocolate spread could end my life?

Some sweet spreads just want to want to watch the world burn...

Now, the maker of Nutella is fighting back against the claims that an ingredient in the hazelnut spread, palm oil, causes cancer.

Ferrero, the makers of Nutella, says if they were to switch out palm oil for another oil, then the spread would be inferior and not as smooth.

The study, performed for the European Food Safety Authority (EFSA), was released in May.

It found palm oil had high levels of contaminants when heated to about 200 degrees Celsius.

While the study did not suggest people should stop eating the oil, it did say more research was needed.

Despite this, Italy's biggest supermarket chain Co-op stopped selling Nutella and other products that include palm oil.

Sales in Nutella have dipped, but switching to vegetable oils could cost up to about $21 million a year.

Palm oil, which is in a lot of the food we eat and products we use -- peanut butter, candy, Pop-Tarts, Cheerios, Ben & Jerry's Ice Cream and soap -- is also being blamed for catastrophic deforestation and destroying animal habitats.

Jungles are being destroyed to make space for palm oil plantations.

Ferrero wants to assure its consumers that Nutella and other Ferrero products that contain palm oil are safe.

The Food and Drug Administration of the United States says palm oil is "generally recognized as safe."

Personally, I prefer my food to be "safe-safe" not "generally safe."

Citations: Nutella maker fights back over claims palm oil in the spread can cause cancer (BBC)