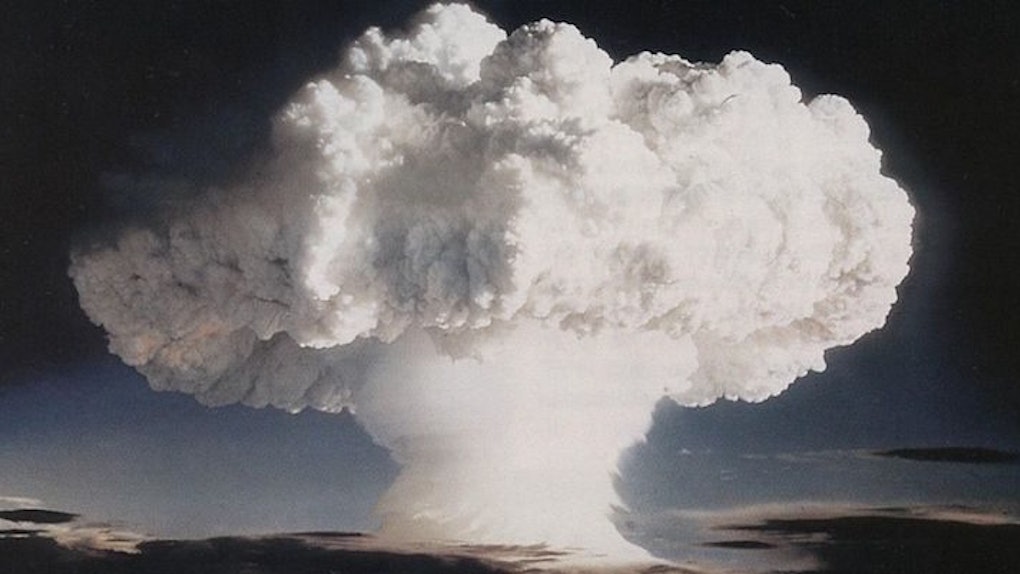 On Tuesday, at 10 am local time in Pyunggye-ri, North Korea, a 5.1 magnitude earthquake shook the ground. A few hours later, officials in North Korea announced on state television the country had successfully tested its first hydrogen bomb.

This is suspected to be the third such nuclear test since 2006, BBC reports.

In the announcement, a reporter on North Korean state TV simply said,

The republic's first hydrogen bomb test has been successfully performed at 10:00 am on January 6, 2016.

We've joined the rank of nations with nuclear weapons. We won't use the nuclear weapon as long as there's no invasion of our autonomy.

NPR additionally reports, if North Korea truly did create a hydrogen bomb, it would be joining a very elite rank.

Only a small handful of countries are known to absolutely have hydrogen bombs including the United States, Russia, the United Kingdom, France and China.

Hydrogen bombs, BBC explains, can be much smaller than an atom bomb, measuring in at just a few feet. The weapon, first developed by the US, is also "cleaner" than an atomic bomb as it has less radioactive fallout and works by fusing lighter elements into heavier elements.

While there is no conclusive evidence the earthquake was caused by nuclear testing, or that North Korea even has a hydrogen bomb, authorities in China and South Korea said they believe the earthquake was, indeed, manmade and they are not happy about the development.