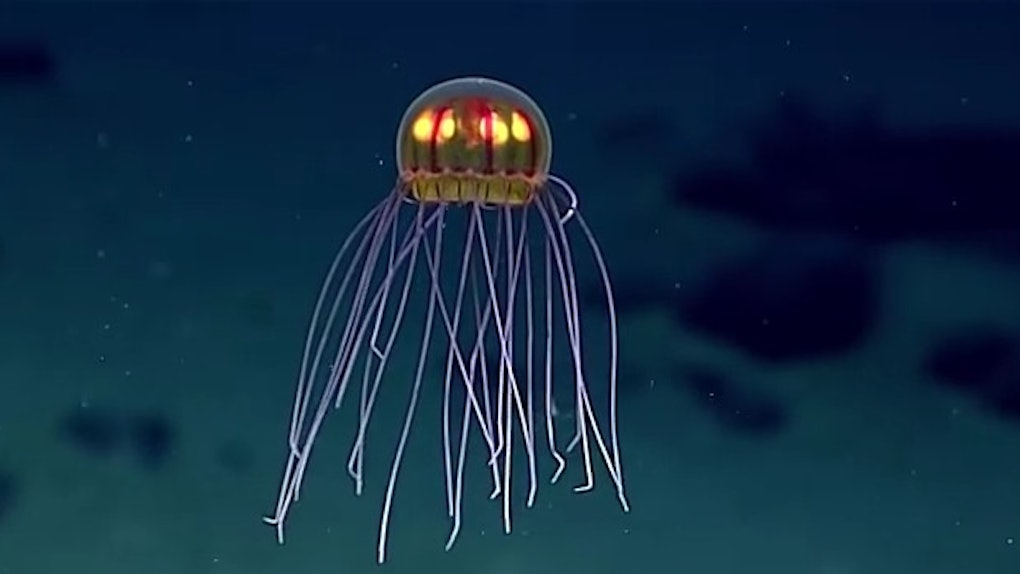 A newly discovered jellyfish emits such brilliant light it seems to come out of a sci-fi movie.

According to Mashable, researchers with the National Oceanic and Atmospheric Administration (NOAA) found the animal late last month at a depth of about 2.7 miles in the Mariana Trench, which is located in the ocean roughly between Japan and Indonesia.

Video of the unnamed creature appears to show a cartoon, but the NOAA team reportedly insisted the footage contains exactly what the team saw in the ocean.

The team believes the jellyfish may ambush prey in a stealth mode because of the lack of movement from its head as it was being observed.

NOAA explained the goals of the research in a statement, saying,

The primary expedition goal is to acquire baseline information in deepwater areas to support science and management needs, and to understand the diversity and distribution of deepwater habitats.

Further explorations of the Mariana Trench, which houses all sorts of freakish fish, will reportedly be conducted until July 10.

Citations: This newly discovered jellyfish looks like something out of 'Avatar' (Mashable)