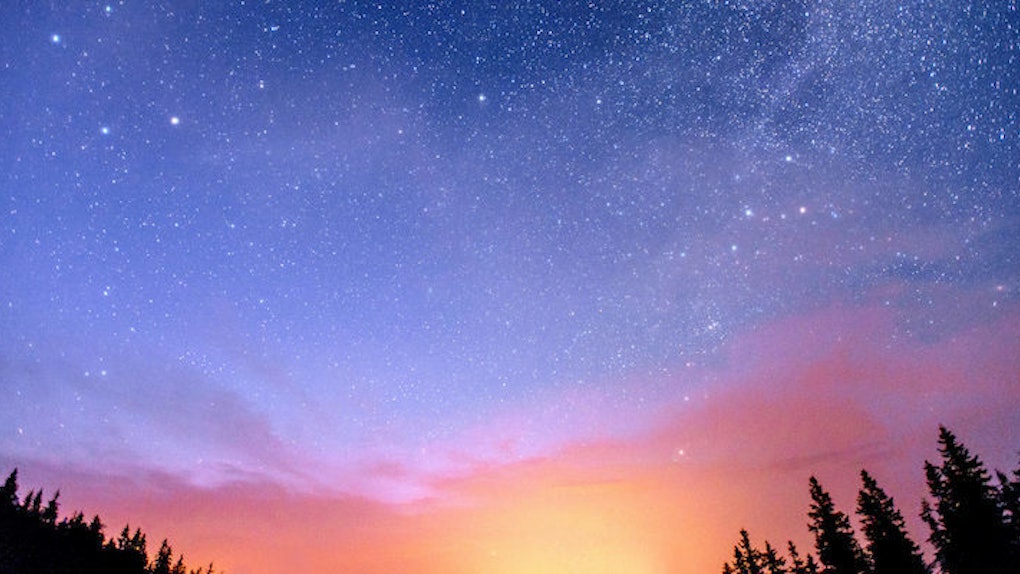 According to the Independent, the galaxy known as Crater 2 was found in January after Gabriel Torrealba, Sergey Koposov, Vasily Belokurov and Mike Irwin of Cambridge University analyzed images taken by the VLT Survey Telescope in Chile.

Located about 380,000 light-years away, Crater 2 is the fourth largest galaxy orbiting the Milky Way, which is believed to be orbited by approximately 50 smaller galaxies.

Dr. Vasily Belokurov, an astrophysicist at the University of Cambridge's Institute of Astronomy, told Huffington Post,

This is indeed a very rare discovery. A galaxy like Crater 2 is a sort of invisible object.

If the galaxy was located closer to Earth, however, our night sky would be greeted by quite the spectacle.

Crater 2 is reportedly 160,000 times brighter than our sun, making it brighter than almost every galaxy discovered over the past 10 years.

Dr. Belokurov and his colleagues also determined Crater 2 has a half-light diameter of about 7,000 light-years, meaning it'd be twice as big as the full moon if it was visible to the human eye, Science Alert reports.

The amount of galaxies known to be orbiting the Milky Way has doubled in just two years, according to assistant professor at Caltech Department of Astronomy and Astrophysics Dr. Evan Kirby. That number could dramatically increase yet again upon the discovery of more hidden galaxies within our reach like Crater 2.

Crater 2 may even be part of a group of four or so galaxies believed to be falling into the Milky Way.

It seems to be aligned with a handful of other astronomically nearby objects, which may be teaching us how our group of galaxies formed.

It isn't clear what will happen once these galaxies collide with our own, but the process is predicted to take millions of years.