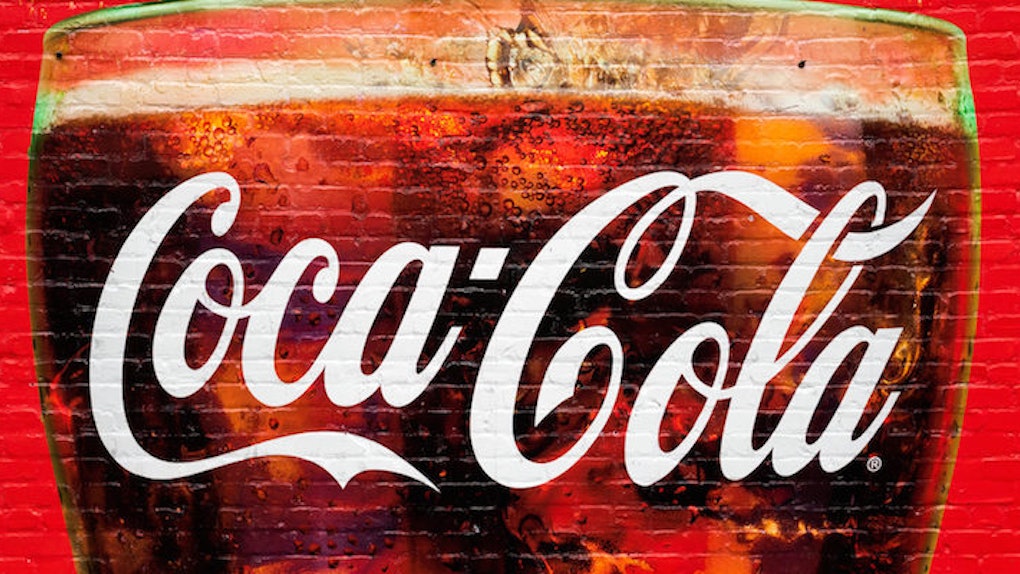 Coca-Cola has decided to take a short timeout from its very busy schedule of making commercials for its sugar bubble drink that bear the same tone as ads made by non-profits to provide African children with clean drinking water.

It has now focused its efforts on coming up with a new, extremely boring flavor.

The Coca-Cola team's methodology in this endeavor, I can only assume, was to go eat sushi and, once they were done eating, plop the garnish nobody wanted to eat into a vat of Coca-Cola.

Yes, the company settled on Coca-Cola Ginger, and…

... Sorry, I passed out there for a second from boredom.

What was I talking about?

Sorry, every time I wake up from a nap I remember that's still really happening and involuntarily shout it out to remind myself I'm not in a dream.

OK, back to Coca-Cola Ginger! The new product is being debuted in…

Right, OK, yes, the new product is being debuted in Australia. You know, so when everyone hates it, only fucking Australians will know.

YES, YOU HEARD ME, AUSTRALIA, I DON'T GIVE A FUCK ABOUT YOU. (Sorry, Australia, I'm extremely irritable when I wake up from boredom naps.)

In a statement, the company claims ginger is a “trending flavor.”

Mashable tried the most boring Coke flavor in the world and gave it ringing praise. The taste-testers said the flavor “took [them] a few tastes to realize it was even in there.”

If that's not a full-throated endorsement, I don't know what is.

Mashable went on to note,

Eventually you'll notice that little touch of spice, but for ginger fiends, it will leave you wanting more of a kick.