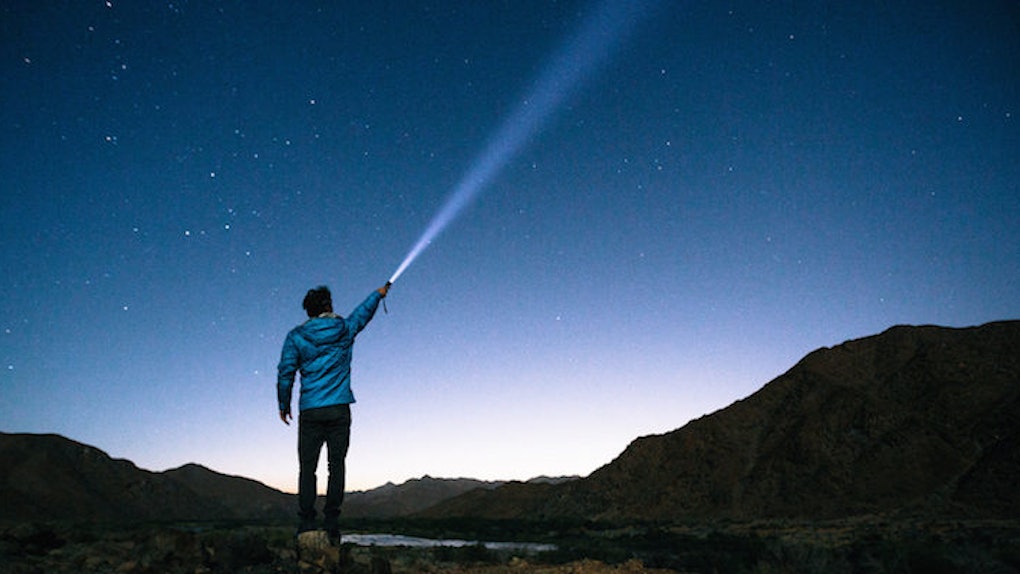 NASA Says Asteroid May Come That Would Cause Extinction

Not too long ago, we told you about an astronaut who reportedly heard a lot of creepy, unexplainable noises while floating around in outer space.

If that's not enough to make you uneasy about the dark, mysterious world that exists beyond our tiny little planet, you might want to cover your eyes: It turns out strange noises from space are the least of our worries.

On Monday, Dr. Joseph Nuth of NASA's Goddard Space Flight Center said an “extinction-level” event may be coming from space.

You know, like the catastrophic meteorite that was responsible for the extinction of the dinosaurs.

As if hearing news about humanity's imminent demise isn't unsettling enough, the NASA scientist also said that even if we see it coming, there's probably nothing we can do to stop it.

So yeah, it was nice knowing you all. We're basically screwed.

Nuth shared this foreboding news during a meeting in San Francisco, where he said large asteroids and comets are very rare, but usually strike our planet “50 to 60 million years apart.”

Now, if you take a look back to when the last devastating comet hit the earth and wiped out the dinosaurs, you'll find it happened about 65 million years ago.

Therefore, it appears the earth is overdue for its next disastrous hit. Nuth stated, “The biggest problem, basically, is there's not a hell of a lot we can do about it at the moment.”

Now, before you lose all faith and start living every day like it could very well be your last, Nuth did leave us with a small glimmer of hope.

Nuth talked about a previous close encounter, when a comet passed dangerously close to Mars in 2014.

Scientists didn't spot the comet until it was 22 months away from skimming past Mars. Nuth points out this isn't enough time to divert a similar type of threat to our planet.

However, Nuth does have an idea that might save us: He suggested NASA build a rocket to be kept in storage for a rainy day... such as, you know, the day when a giant asteroid will be hurtling toward the earth at a zillion miles per hour.

Ruth said that if such a rocket was kept ready to launch within a year of spotting a threat, it “could mitigate the possibility of a sneaky asteroid coming in from a place that's hard to observe, like from the sun.”

Hopefully, NASA will take this man's advice. Otherwise, it looks like we'll be going through the same fate as the dinosaurs.