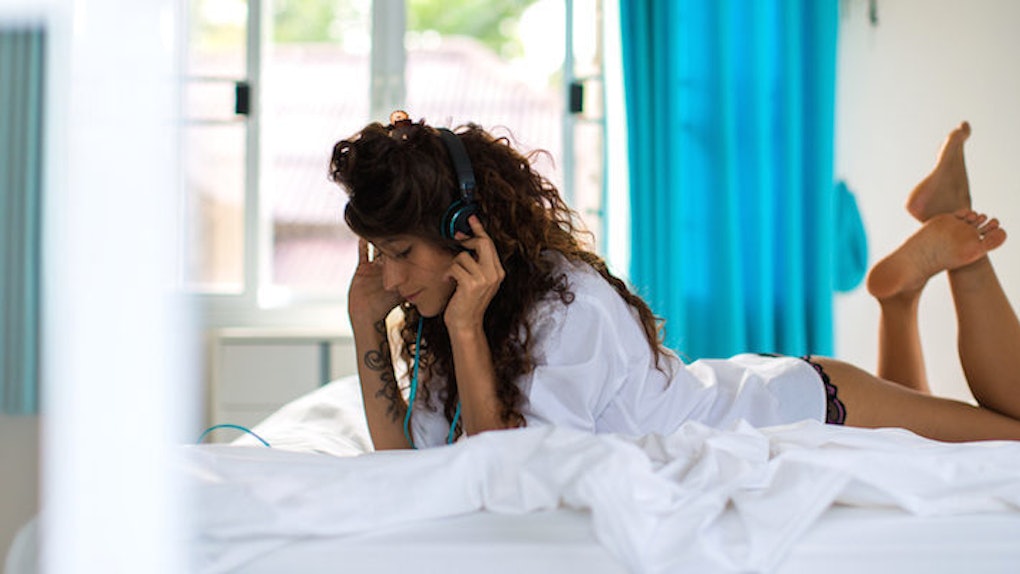 Say What? Music Actually Has The Ability To Give People 'Skin Orgasms'

Psychologist Psyche Loui uses a brilliant term to describe the chills we get when listening to a particularly powerful piece of music: “skin orgasms.”

Science writer David Robson recently wrote of Loui's studies in a fascinating piece for BBC, paying special attention to the similarities between sexual pleasure and feelings derived from a moving melody.

According to research, music's ability to trigger a physical response is dependent upon our expectations.

We tend to react most strongly to tunes that diverge from the expected — Robson cites elements such as rapid key changes, shifts in volume or out-of-place notes as musical qualities most likely to inspire this type of physical reaction.

Violated expectations seem to startle (albeit gently) the automatic nervous system, in its most primitive region, the brain stem — producing the racing heart, the breathlessness, the flush that can single the onset of a frisson... You see a similar response when people take drugs or have sex, which may explain why we find shiver-inducing songs so addictive, says Loui.

The takeaway: Music truly has the ability to alter and improve our moods, our physical states and even our relationships.

As part of his essay, Robson tailored a playlist with songs designed to induce physiological reactions.

Take a listen below, and read his piece in its entirety here.