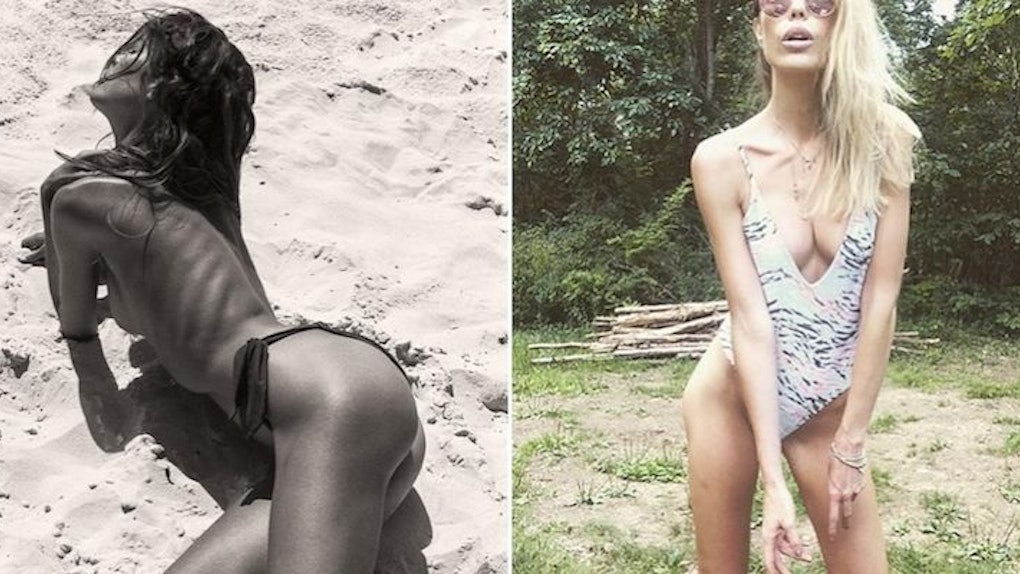 If alien life forms are observing human beings, they probably assume we are a self-destructive race that will eventually collapse inward due to intense mutual hatred, leaving only scorched earth and deep craters in our wake.

The latest instance of humanity's cruelty can be found on photographer Brydie Mack's Instagram.

After Mack posted a picture of Australian model Genevieve Barker, commenters took the liberty of suggesting Barker was "a skeleton,” and, ultimately, just “gross.”

The model spoke to Daily Mail concerning the hypocrisy of body shaming someone as thin as herself.

I see articles all the time condemning 'fat shamers' and how appalling it is that a woman should ever call another woman 'too big'… However it is seen as empowering, and speaking out for 'real women' if people comment 'too thin,' 'eat something,' 'gaunt,' 'disgusting,' about thin women. I am thin [and] I am a real woman!

Among the monsters were some rational Instagrammers, who commented messages of support.

Skinny's just another body type, so stop labelling it as wrong or unhealthy.

Another reminded fellow commenters there is a thinking, feeling human behind the photo, writing,

Live and let live. Sending some love to this beautiful and REAL human being that's in the photo, who surely doesn't deserve all these hateful comments.

Barker told Daily Mail she isn't malnourished and doesn't think eating a burger, a request she frequently receives from her commenters, is the answer to making her body more palatable to her critics.

I used to feel embarrassed and guilty for being the way I am… I don't any more, I work hard for my body, I am naturally slender, I work out most days… I essentially train like an athlete, I nourish myself with the foods that help me train and give me energy for the long days of castings and shoots. I am healthy and strong and yes, thin.

The next time you're thinking of body shaming someone, consider this: If you don't treat your fellow humans with respect, aliens will inherit Earth.

Citations: Size 8 model hits back at skinny shaming after being told to 'eat a burger' by Instagram trolls (Metro)