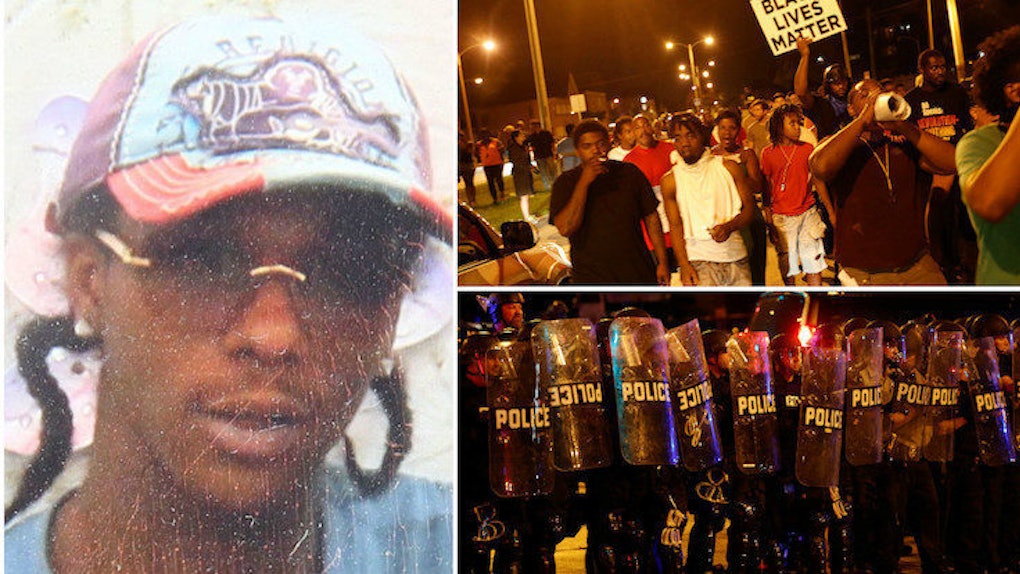 Violence continues to erupt in Milwaukee in the wake of another police shooting.

Sylville K. Smith, 23, was killed by an officer during a traffic stop on Saturday afternoon.

The suspect, who has a "lengthy police record," fled a car on North 44th Street at around 3:30 pm and was armed with a semi-automatic handgun, according to the Milwaukee Police Department.

There was a short chase before the officer shot Smith, who died from his injuries at the scene.

The 24-year-old policeman is currently in hiding with family out of town as fear for his safety grows.

The shooting sparked riots and violence on Saturday and Sunday night -- and there are reports of emergency services responding to calls early Monday morning.

Witnesses captured scenes of unrest. Many hijacked the protests to loot shops.

MPD tweeted incidents officers responded to as the second night of violence unfolded.

One officer was hit in the head with a brick, the New York Daily News reported.

Here's a scene from Saturday night as a gas station burned:

In the initial aftermath of the shooting, a spokesperson for the MPD said,

The suspect is a 23-year-old Milwaukee man with lengthy arrest record. The handgun he was armed with was taken in a burglary in Waukesha in March of this year. The victim of that burglary reported 500 rounds of ammunition were also stolen with the handgun. The officer is a 24-year-old, male, assigned to MPD's District 7. He has six years of service with MPD, three years as an officer. He was not injured and, as is standard practice, will be placed on administrative duty during the investigation and subsequent review by the Milwaukee County District Attorney's Office.