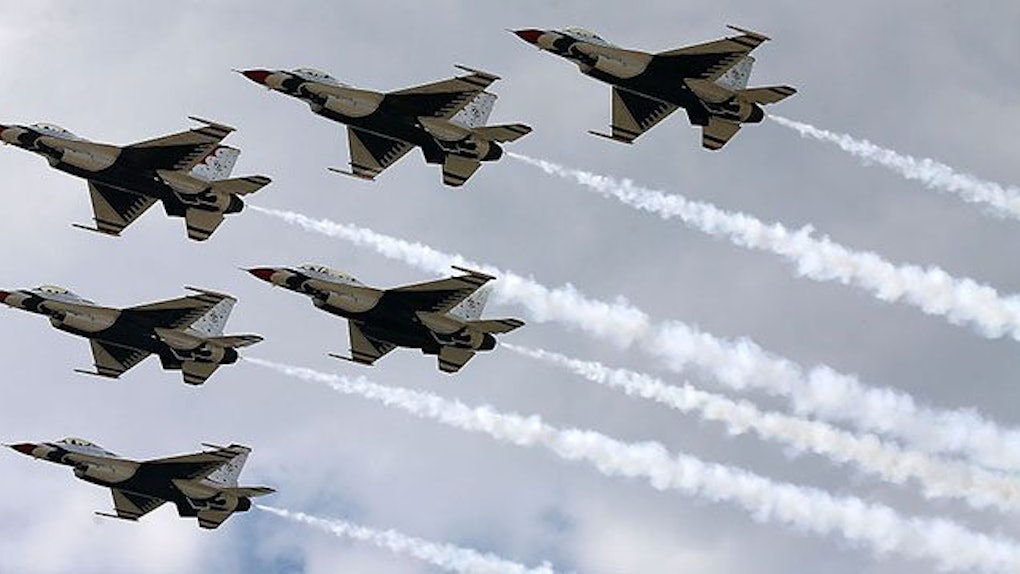 What Happened At The Air Force Academy? Lt. Gen. Responds To Racist Messages

This week, the U.S. Air Force announced that five black cadets at its academy's preparatory school in Colorado found racial slurs on the message boards outside of their doors. On Thursday, Sept. 28, the academy's superintendent responded to the reported incident by assembling all of the school's thousands of cadets and staff, telling them, in part, "you should be outraged." Here's what the superintendent, Lt. Gen. Jay Silveria, had to say about what happened at the Air Force Academy:

Ladies and gentlemen, you may have heard that some people down in the prep school wrote some racial slurs on some message boards. If you haven't heard that, I wanted you to hear it from me. If you're outraged by those words, then you're in the right place. That kind of behavior has no place at the prep school, it has no place at USAFA [the U.S. Air Force Academy], and it has no place in the United States Air Force. You should be outraged, not only as an airman, but as a human being.

Among the messages that were written on the doors of the black cadets was a text that read, "go home n****r," theWashington Post reports. A photo of that particular message was posted on Facebook by the mother of one of the cadets, according to the Air Force Times, which quoted the mom as saying in her post,

This is why I'm so hurt! These young people are supposed to bond and protect each other and the country. Who would my son have to watch out for? The enemy or the enemy?

An Air Force Academy spokesperson told the Washington Post that the school is looking into the matter. Meanwhile, the U.S. Air Force posted a video of Lt. Gen. Silveria full response to the incident, which can be seen below:

During his address to academy personnel, the superintendent acknowledged the backdrop against which the reports racists acts at the academy are taking place. Lt. Gen. Silveria alluded to white supremacist protests in Charlottesville Virginia, the protests in Ferguson, Missouri that followed the police shooting of Michael Brown, and protests by NFL players during the national anthem.

Silveria's words were a clear reference to players kneeling and sitting out the anthem in the league, a practice which became more frequent after Colin Kaepernick told reporters that he did not feel compelled to stand for the anthem because of the "oppression" faced by people of color.

Before ending his address, the superintendent said he wanted to leave cadets with his "most important thought." Lt. Gen Silveria went on to say.

The Air Force Academy is home to around 4,000 cadets, per the New York Times' count.