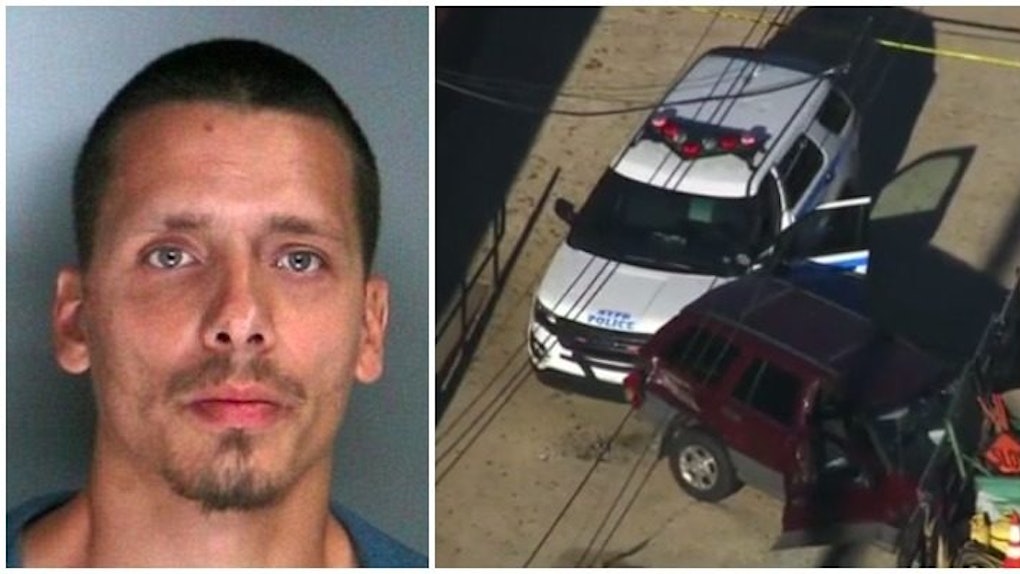 Sergeant Paul Tuozzolo, 41, was killed in a gunfight with Manuel Rosales after Rosales broke into the apartment of his estranged wife in the Bronx on November 4.

His wife, Tia Giattino, called the police when Rosales threatened to kill her and her 3-year-old son.

Allegedly, Rosales slept on the roof of his wife's Bronx building for four days, before the incident occurred.

Sgt. Tuozzolo was shot at point-blank range by Rosales after pulling over Rosales' Jeep. The Jeep, according to an NYPD spokesman, matched a description of someone involved in a home invasion.

Rosales allegedly stayed in the apartment, terrorizing Tia and her son for hours before leaving in the Jeep.

He had a concealed weapon and allegedly opened fire before the policemen could see it.

In the ensuing gunfight, Tozzolo's partner, Sgt. Emmanuel Kwo, was shot in the leg. Rosales was killed.

A friend of the family's (who chose to remain anonymous) told The New York Post, "According to the security camera, he was here for four days sleeping on the roof. He was watching us."

The source says that Tia Giattino and her son are now staying with her, and Rosales told Tia, "I came here to kill you, kill Tia, take my son to my mother and go after Tia's mother."

The friend went on to explain that her 13-yearold daughter was there, too, and, in an attempt to keep Rosales calm, she even made him food.

She continued, "I made him feel like he was my friend and stayed calm and cool for my daughter's sake."

He then begged her not to call the police.

She told him, "Let me call you in a few days, and we will go out to dinner and fix this."

The moment he left, the friend called the police.

She noted, "He gave me a hug when he left, which made me feel disgusted."

Rosales has been in and out of jail for years, most recently for a domestic violence charge.