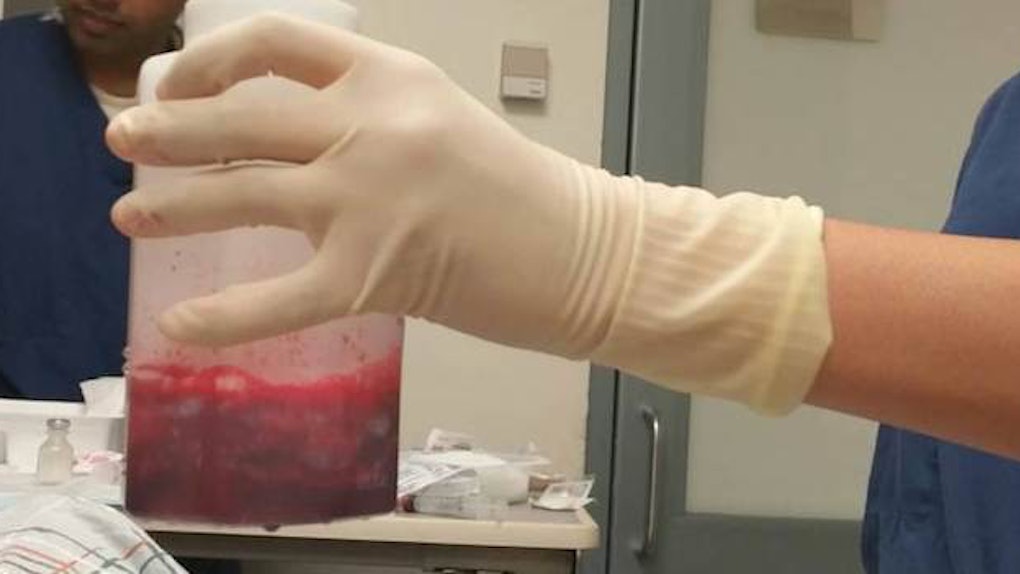 This feels like something that should go unsaid, but f*ck it: DON'T INJECT ANYTHING INTO YOUR PENIS.

Apparently, there wasn't a good samaritan around to offer this common-sense advice to aptly named Redditor SoreCock, who injected a Viagra-esque drug called Trimix into his peen when the pills prescribed by his urologist weren't doing the trick.

While the self-medicated swinger insisted his boner is normally good to go for an hour or so, he needed exponentially more boner time to service all of the sex club members he and his wife were meeting on the regular.

Just after injecting -- completely unsupervised -- the side of his penis with the drug, life was great. Everything was coming up "SoreCock."

Well, until his penis became unrecognizable (according to him) and nothing -- not even cold water, Sudafed or calisthenics -- could bring back the old peen he once knew. After three hours of painful boner terror, SoreCock decided it was hospital time, and he booked it to the ER.

Two doses of morphine later, the sex genie was met by a team of doctors and nurses, some of whom could not contain their rampant horniness at the sight of his medicinally engorged Godzilla penis.

The resident doctor was a young, cute Indian woman who -- unlike the others in the room who tried very hard to act serious -- read me and the situation better and made it pretty clear that she thought this was all pretty hilarious and cheered me up immediately, by turns making fun of me and being very vaguely flirtatious.

But, even cute doctors trying to get some mutant D have to get down to business, so the team of docs followed a logical procedure.

Eventually they got a butterfly needle and proceeded to extract a STUPENDOUS amount of blood out of my c*ck, as the doctors took turns squeezing my dick like a lemon.

Though his sexperimentation went horribly awry and left his dick looking “like it's been in a UFC fight,” SoreCock is a true pioneer of sexual discovery and, like Alfred Kinsey before him, will not let one setback ruin his progress.

The Redditor says he plans to inject his penis in the future -- but perhaps with a lower dosage.

Citations: Swinger's penis nearly 'explodes after he injects it with Viagra' (Metro)