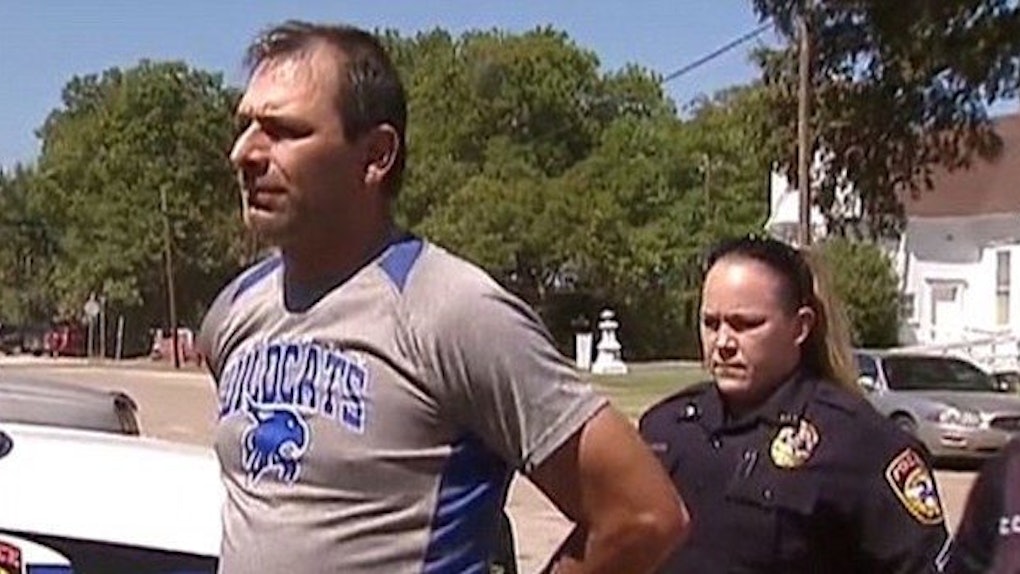 A Texas man vandalized his own truck, claimed it was the work of Black Lives Matter activists and then collected thousands of dollars from sympathizers.

According to New York Daily News, disabled veteran and father Scott Lattin told police in Whitney, Texas "Black Lives Matter" and other messages like "F*ck your flag, your family, your feelings, your faith" were spray-painted on his pickup truck.

Scott Lattin has since been arrested and charged with making a false police report. #ItIsTexas, #BlackLivesMatter pic.twitter.com/pPxrc8xDzC — Mr. B (@Benogola) September 21, 2015

Vandals also ripped open the seats of the truck and stole electronic equipment, according to Lattin, resulting in $5,000 worth of damage.

Lattin said his truck was defaced due to his outward support for police in ways such as having "Police Lives Matter" written on his back window and blue ribbons on his house, New York Daily News reports.

FOX4's coverage of Lattin's story prompted the creation of a GoFundMe page, garnering dozens of donations.

Nearly $6,000, much of which was provided by police officers and their family members, was reportedly donated before the page was removed.

We had initial video when the officers took the report and then when we saw your story on Channel 4. When we looked at those two videos, there were some differences in those and that led us to take the investigation into a different direction.

Bentley said when Lattin first reported the alleged vandalism, the inside of the truck did not appear to be damaged. When Lattin was being interviewed by FOX4, however, the truck's seats were torn up, and the glove box was removed.

Lattin, whose 18-year-old son reportedly wants to become a police officer, was arrested on September 18 for making a false police report. An arrest affidavit stated he admitted to causing the interior damage himself in an attempt to collect insurance money.

We have so many groups that have participated and come to Whitney, Texas of all places to help these people -- and for them to have been deceived? It's just wrong.

Making a false police report is a misdemeanor, but Lattin could soon face additional felony charges.

Bentley added he is hoping to return the donations to their sources with the help of the district attorney's office.