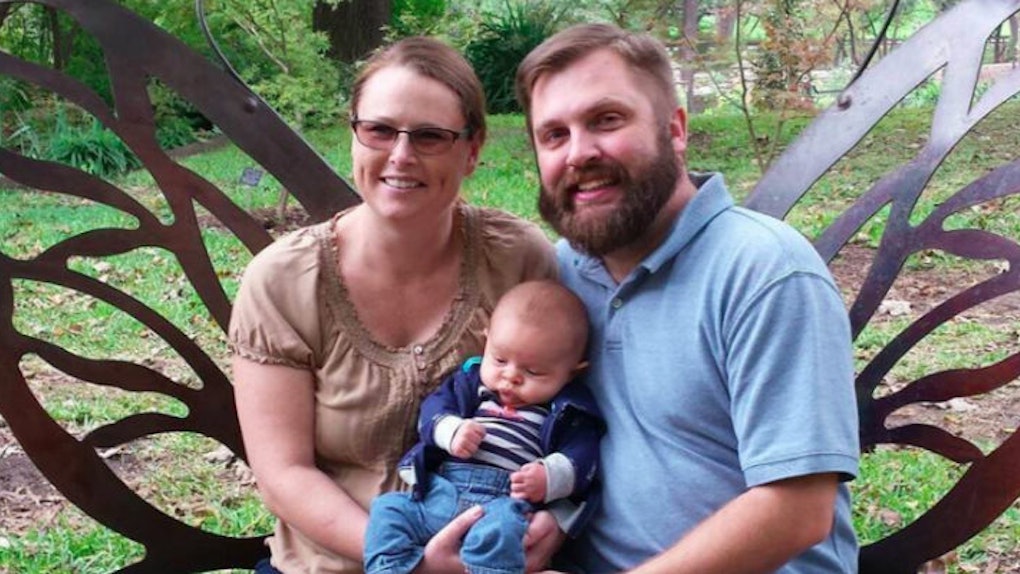 Man Speeding To Vegas With Condoms After Wife's Death

On December 15, Craig Vandewege, 35, told police that he came home from work to find his house in disarray. He then found the bodies his wife and three-month-old son.

Their throats were cut open.

Police are investigating the death of his wife, Shanna Riddle Vandewege, 36, and his son Diederik as a homicide.

The Texas man was arrested in Colorado, where it is believed he was attending his family's funeral, for speeding on his way to Las Vegas.

He had condoms in his pocket, along with his wedding ring.

On Wednesday night, police responded to a report in Glenwood Springs about a suspicious man driving without a license plate.

An officer followed the car into a gas station, where the suspect screwed on a license plate and drove off.

The officer stopped the car after clocking his speed -- it was Vandewege.

He told the officer,

It's been a long week, my wife and kid were murdered in Texas.

Vandewege produced an out-of-date insurance card and refused to leave his vehicle. After five minutes, he finally exited and was placed in handcuffs.

His vehicle was impounded. Inside the car, authorities found ammunition boxes, an AR-15 style rifle, a .22 revolver camouflage clothing, empty gas cans and medication bottles. He did have a concealed carry permit.

After Vandewege was arrested, investigation homicide detectives were able to prepare an arrest warrant for the husband.

This warrant was for Capital Murder - Multiple Victims and was assigned a bond amount of $1,000,000.

Earlier this year, Shanna, a registered nurse, and Vandewege, who works at Cosco according to Shanna's father, moved from Colorado to Texas. They conceived their son after three miscarriages.

Craig spoke with police twice since the murders, then contacted a lawyer and has not yet returned to speak with investigators.

Police said that Craig has been cooperative in interviews.

Citations: Texas man, who told police he came home to find his wife and baby son's throats slit, is arrested for murder after he was stopped speeding 'to Las Vegas with condoms in his pocket' (Daily Mail)