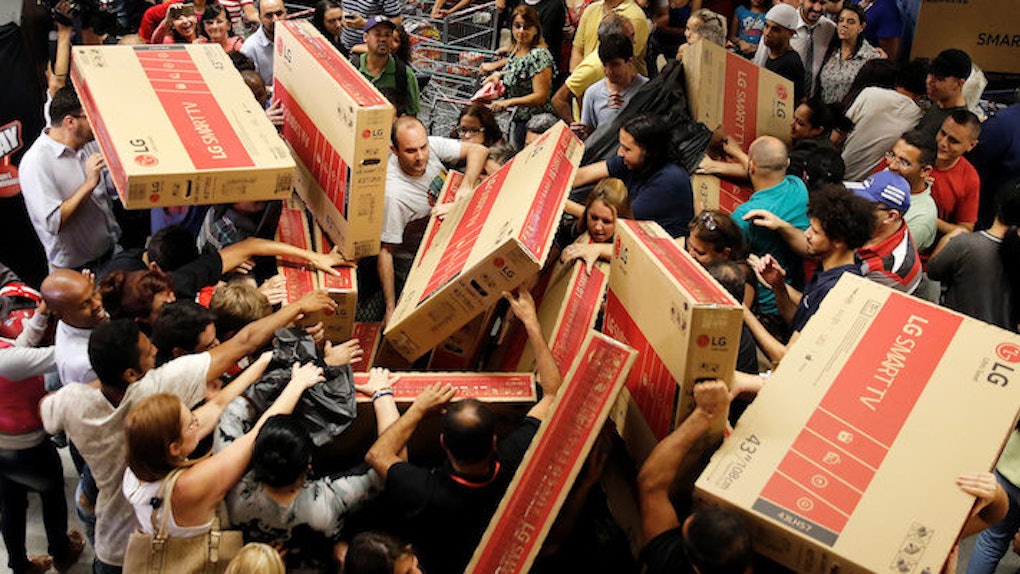 A man has been shot dead outside a Macy's department store in New Jersey, as Black Friday madness kicks off.

Emergency services were called to the parking lot of a mall in Mays Landing, Hamilton Township, after 1 am on Friday.

A 20-year-old man from Atlantic City suffered multiple gunshot wounds and was pronounced dead at the scene.

The victim's brother was taken to the hospital with a leg injury.

Circumstances surrounding the shooting are unclear at this point.

The connection between gun violence and Black Friday, however, doesn't stop there: Another person was shot dead in a road rage incident in a Walmart parking lot in Reno, Nevada, reports KOLO.

Shots were fired following a dispute over a parking spot at around 6 pm on Thanksgiving evening.

Another man was shot at Wolfchase Galleria Mall in Memphis, Tennessee late yesterday night, according to Local 12.

The victim is believed to have taken himself to the hospital.

There have been nearly 100 injuries reported and seven deaths linked to Black Friday madness between 2006 and 2014.

Stores around America are enduring the busiest shopping day of the year today.

The tradition of Black Friday has grown so steadily, chains, like Macy's and Walmart, opened their doors on Thanksgiving evening, hoping to extend the mayhem and the profits one extra day.

Around 137 million people are expected to take advantage of the discounts over Thanksgiving weekend, according to a survey conducted for the National Retail Federation.

This includes online and store shopping.

But despite Cyber Monday, loads of people are still heading to the shops, like 25-year-old Tanya Jordan from Jackson Township, who goes ham for the tech goods. She told AP,

I buy a lot of stuff online, but when it comes to technology, I want to see and feel what I'm buying.