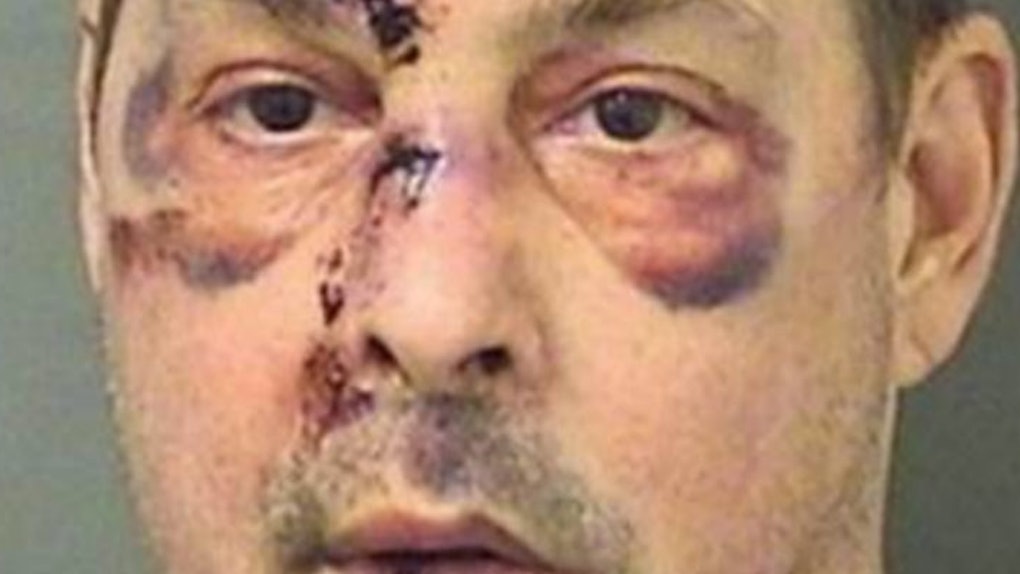 Florida, you gotta cut the crap... It's time to tone it down. We get it. You're crazy.

South Florida cops had a lot on their hands when they arrested Kurt Allen Jenkins.

Not only was he allegedly driving naked through a neighborhood filled with children, but he also had electrical wires attached to his penis.

I know, I was shocked to read that too.

A witness called the police when they saw Jenkins allegedly making sexual advances. He was allegedly gesturing for people to look at his penis. The anonymous caller said he saw he had wires attached to his Urethra's Castle.

But the plot thickens. Not only was this dirty birdy being pervy, but when the person approached Jenkins' car, a passenger left the vehicle.

Surely, it was a mirage? A ghost? Or another person who was like, "Fuck this, I'm getting the hell outta Dodge?"

Jenkins continued his drive around the neighborhood while a busload of children got off at their stops.

Two police officers arrived shortly after the call, and after Jenkins ignored their orders, they dragged him to the ground and handcuffed him.

He spent three days in the hospital for injuries and has since been charged with lewd behavior in front of children, indecent exposure and resisting an officer without violence.

Did Jenkins' have those black eyes before or after police arrived? I'm not judging. If I witnessed this dude, I would give him two shiners too.

I really hope there's an update. It's not that I want to see more of this guy.

I just want to know why electric wires were attached to his peen.

Was it shocking him and giving him like... gross pleasure?

Or did he think his penis had become a bomb? Was that why the other passenger ran away? He's the one that planted the bomb on his privates? Was he pointing to his genitals as a cry for help and not for a perverted reason?