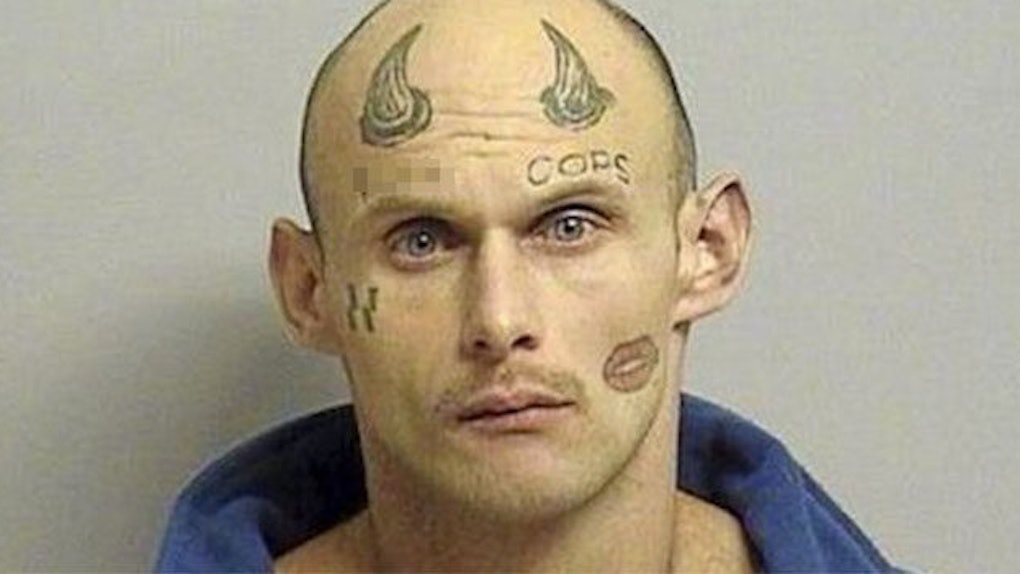 Karma's A B*tch: Guy With 'F*ck Cops' Tattooed On Forehead Got Arrested

An Oklahoma man with "f*ck cops" tattooed on his forehead finally met his destiny last week when he was arrested.

According to NewsOn6.com, Tulsa's Paul Terry, 26, and Sonja Moro, 29, forced their way inside Moro's ex-boyfriend's house around 5 pm on Friday.

The pair then threatened to stab Moro's ex if he didn't give them $100,000, Mashable reports.

Moro's ex told police Terry left after he gave him his wallet, but Moro stayed to demand more money.

She left when her ex called the police, who easily tracked down Moro's accomplice because her ex knew his last name and identified him by his unique facial tattoos.

FUCK COPS over your eyebrows is the new LOVE HATE on your knuckles. Use this information as you wish. pic.twitter.com/8yDcJM7fCH — LucasDiamondPhillips (@Lucasentric) December 21, 2015

The tattoo under Terry's right eye appears to be the symbol of the SS, or Schutzstaffel, an organization which helped maintain Adolf Hitler's control over Nazi Germany.

Terry and Moro were arrested on Saturday and, quite humorously, are currently being held at the Tulsa County Jail on a $100,000 bond.