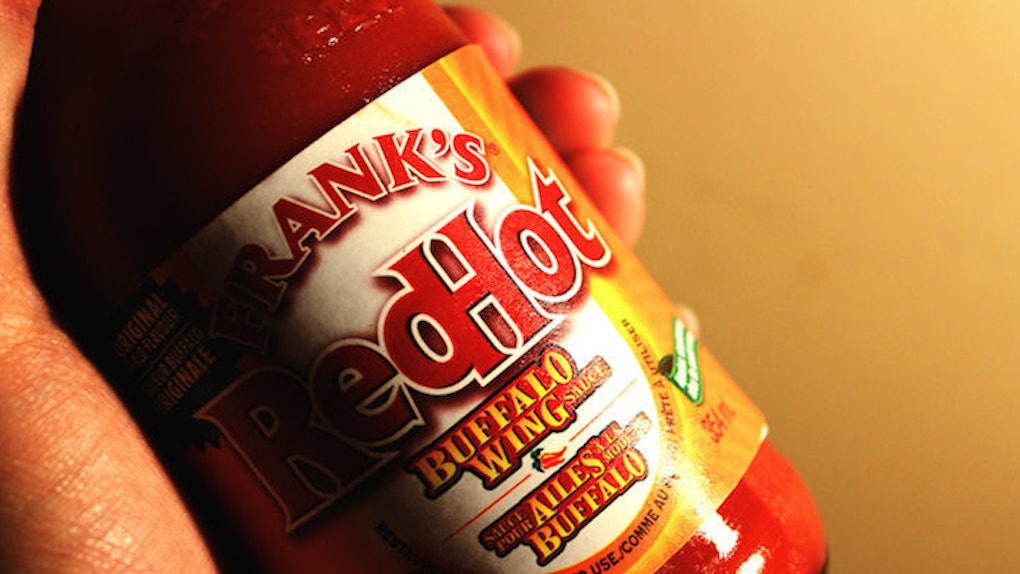 Florida may be officially known as "The Sunshine State,” but unofficially, the southernmost state is best known for housing some of the nation's craziest crimes.

It's somewhat of a national joke.

The website for NBC 6 even has a page called “Only in Florida” dedicated to documenting the “stories that wouldn't happen in any other state.”

Yeah, Florida is weird, and that's a well-deserved reputation.

Case in point: A Riviera Beach man was arrested last week after reportedly knocking another man out with a bottle of hot sauce during an argument over graham crackers, NBC reports.

According to police, the alleged assailant, 40-year-old Shawn Deandre Thomas, was eating a meal at a local church-led soup kitchen when an unidentified 57-year-old male asked for Thomas' graham crackers.

According to the Palm Beach Post, Thomas, who later told police he felt he wasn't being respected by the 57-year-old, picked up a bottle of hot sauce and chucked it at the victim's head, knocking him unconscious.

When a third male attempted to intervene, Thomas punched him in the throat.

Thomas was taken into custody, and his victims were transported to a local hospital. Their conditions remain unknown.

Thomas, who was arrested more than 40 times in the past 18 years, refused to enter the courtroom to determine bail. He faces charges of aggravated battery with a deadly weapon and battery, and he awaits trial at Palm Beach County Jail.

Only in Florida, indeed.