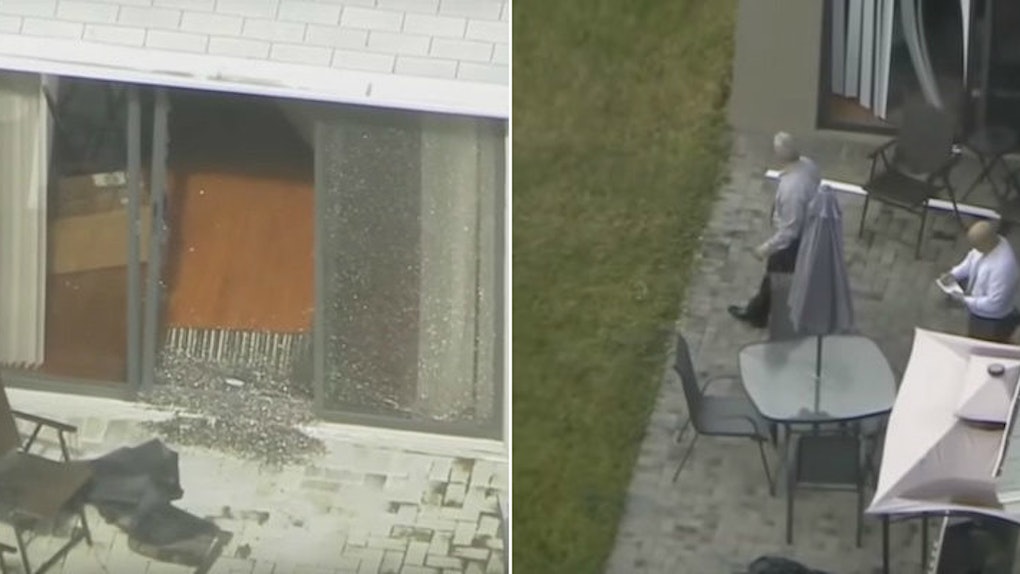 A panicked homeowner in Sunrise, Florida, pulled the trigger on a burglar who allegedly broke into his home on Monday, November 28.

Warren Darlow, 31, called 911 after a mysterious car of three men pulled into his driveway.

According to arrest affidavits obtained by ABC News, Darlow told police the trespassers began walking toward his home and he armed himself with a loaded shotgun incase they broke in. Moments later, the suspects shattered Darlow's glass door and made their way into his house.

His chilling encounter with the criminals was recorded via phone conversation with police, which was also obtained by ABC News.

In the recording, he began by calmly letting authorities know that there were three men he didn't know outside his house, and that two of them were getting ready to jump the fence.

After the burglars entered, Darlow is heard whispering into the phone,

"Help, they're in my house right now."

While the Florida man remained on the phone with dispatch, he began firing his shotgun at the robbers, according to ABC.

The court statements indicate he fired the weapon three times. Apparently, the second bullet hit one of the suspects, who then allegedly "reached for something" at the scene.

His actions caused Darlow to shoot him again, reportedly killing the burglar on the spot.

After the dispatcher heard the gun, she asked if there were shots being fired and requested he tell her what was happening.

In the recording, he said, "I killed one I think."

It's been reported the 21-year-old criminal Darlow fatally shot in his home was pronounced dead after being taken to the hospital. His name was not released by ABC.

The two other burglars, Jose Coleman and Curtis Jefferies, were allegedly stopped by police after the invasion, and Darlow confirmed they were the men who broke into his home.

Coleman and Jeffries are reportedly being arrested for homicide-willful kill-murder while engaged in certain felony and burglary-dwelling structure or conveyance armed, ABC News reports.

However, Jeffries claimed he was just the driver in the burglary plot.

Darlow will face no charges for killing the burglar in his home, The Sunrise Police Department reportedly said.