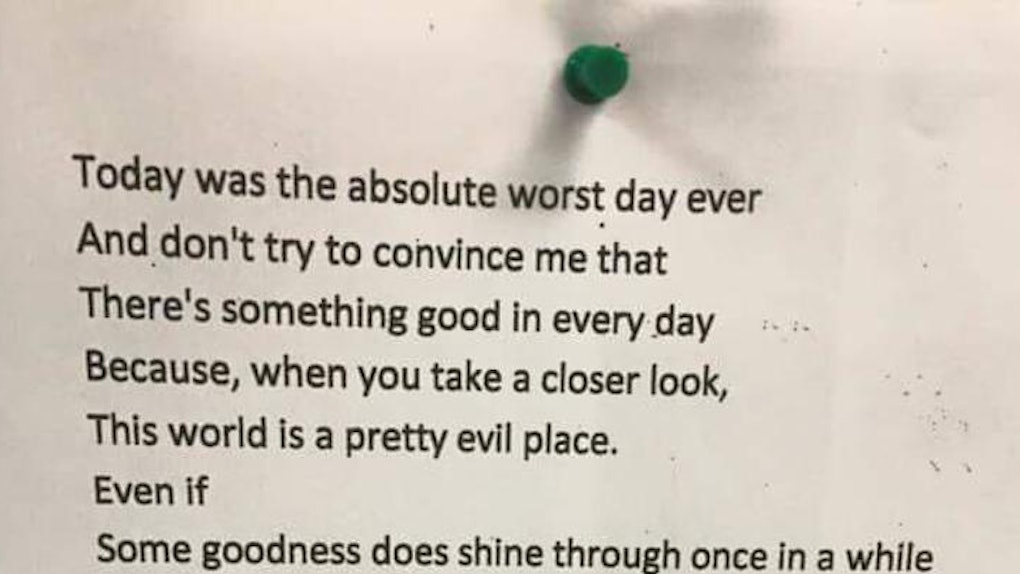 Twitter user @RonnieJoice tweeted a picture of a poem he found at a bar in North London, and it's gone viral for the most amazing reason.

When you first read it, it seems like it couldn't possibly have a positive message.

However, when you read the poem from bottom to top, the message changes from a hopeless sentiment to a truly inspirational message about happiness.

The poem originally came from Chanie Gorkin, an 11th grader from Brooklyn, New York, and it was found on poetrynation.com. It remains unknown, however, how it ended up in a random bar across the Atlantic Ocean.

This poem really does prove how much perspective contributes to happiness.

Citations: A poem anonymously posted in a London bar is driving everyone crazy with its awesome twist ending (Some Life )