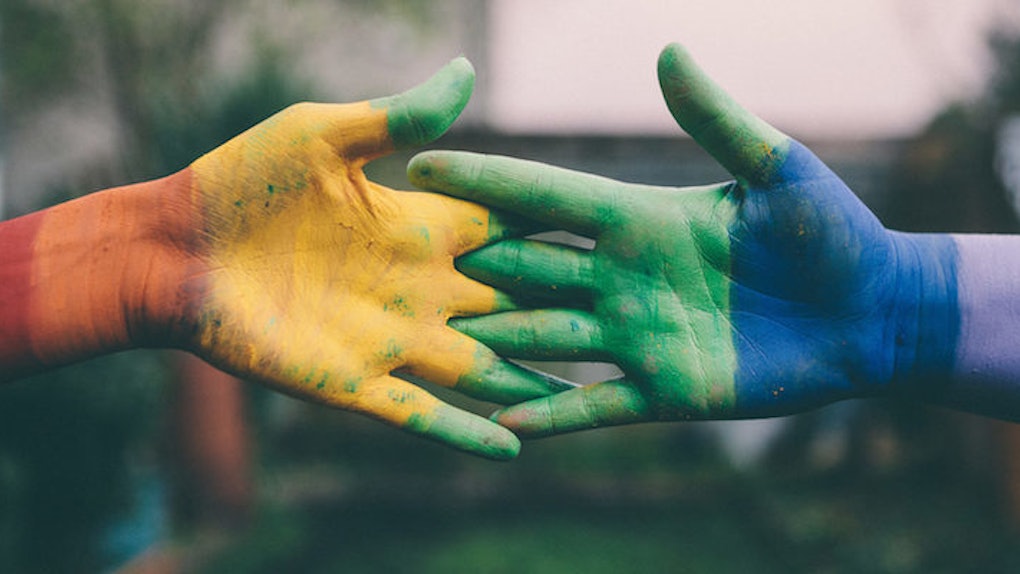 We exude confidence and sass our entire way through life (which works majority of the time), but there are still things we cannot control.

We cannot legally stop anyone from firing us at our jobs, evicting us from our homes and rejecting us for quality healthcare.

Yes, we are now able to legally get married anywhere in this lovely red, white and blue country, and I am ecstatic about that! But, the road to equality for all is still underway.

Have you ever thought about what happens to your GBF after he and his husband get married? In an interview with CBS News, Human Rights Campaign spokesman Adam Talbot gives an accurate prediction:

“They post their wedding photos at 10 am, their employer fires them at noon because of those photos, and their landlord can evict them at 2 pm because in most states in this country there's no statewide nondiscrimination law that protects them from that kind of action."

How does the married life look now?

Currently, 22 states and the District of Columbia have laws safeguarding the LGBT community from being fired for who they are.

That’s great and all, but that leaves a huge gap in the legal system. This gap gives millions of people a free pass to be cruel, and it leaves undeserving victims helpless.

On July 23, Rep. David Cicilline (D-RI) and Sen. Jeff Merkley (D-OR) introduced the Equality Act in the House of Representatives.

It would take the Civil Rights Act of 1964, which prohibits job discrimination based on race, religion, color, sex and national origin, to a whole new level.

I am hoping this bill becomes a law because it would make a huge difference in the lives of the LGBT community, and it would move America forward, as well.

I can imagine getting married and taking our extravagant car to our new home.

My husband attempts to carry me over the threshold, but we decide against that as soon as I bang my head on the side of the door.

We raise a big family in our gorgeous home because that is what I wanted. In our entire lifetime together, we have 99 problems, but being evicted from our home for loving each other is not one.

I can picture myself working hard and moving up the corporate ladder. Eventually, I become an executive and take over the world.

I’ll generate innovative ideas and take the company higher than it has ever been. My path to the top is never halted by fear of being fired over being a part of the LGBT community.

And let’s not forget my goal of obtaining a credit card because I think I deserve one. If I get rejected for that, at least I will know that it is because I am bad with money and not because I’m gay.

The Equality Act becoming a law would be beneficial to the United States, too.

It will bring our country together, and it will make our country stronger. Companies will weed out the real bad seeds in businesses, and will not focus on superficial factors.

Also, America would become a great example to the world on how to be progressive and open-minded.

At the end of the day, this is not just the gay agenda. This should be the agenda for all who want equality for every American.

You want equal rights for your brother, best friend, cousin and coworker. This is, and should be, America’s agenda.