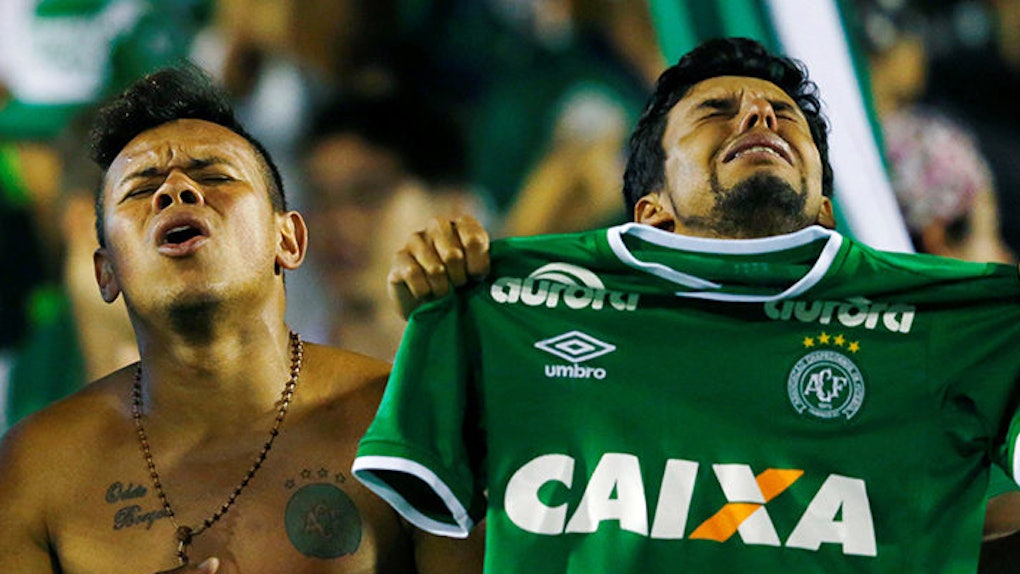 The cause of a Brazilian soccer team's tragic plane crash is now clear: The aircraft simply ran out of fuel, the BBC reports.

That much has been made clear after a leaked tape revealed the last words of the pilot that had been transporting the Brazilian team, Chapecoense, from Bolivia to Colombia.

The content of the tape was tweeted and translated by the BBC, which quotes the pilot saying, "We have a total electrical failure and we are without fuel."

Chapecoense's plane crashed amid stormy weather on Monday, November 28 when the team had been traveling to Medellin, Colombia, for a tournament final that was scheduled for Wednesday, November 30.

Since the tragic event the pilot's assertion about a loss of fuel has since been confirmed by Colombian aviation authorities. The BBC quoted civil aviation chief Alfredo Bocanegra saying,

Having been able to do an inspection of all of the remains and parts of the plane, we can affirm clearly that the aircraft did not have fuel at the moment of impact.

The confirmation begs the question, how did the plane run out of fuel in the first place? The answer appears complicated.

First, the flight carrying Chapecoense experienced a delayed take off. Secondly, because of that delayed take off, the plane could not refuel at the fueling stop on the border between Bolivia and Brazil, because the airport there does not operate at night.

Lastly, and most importantly, it seems the pilot flew straight to Medellin instead of refueling at another stop, in Bogota.

According to BBC, a representative of Lamia, which operated the aircraft carrying Chapecoense, told Bolivian outlet Pagina Siete,

The pilot was the one who took the decision. He thought the fuel would last.

Needless to say, the fuel unfortunately did not last, which led to this massive tragedy.