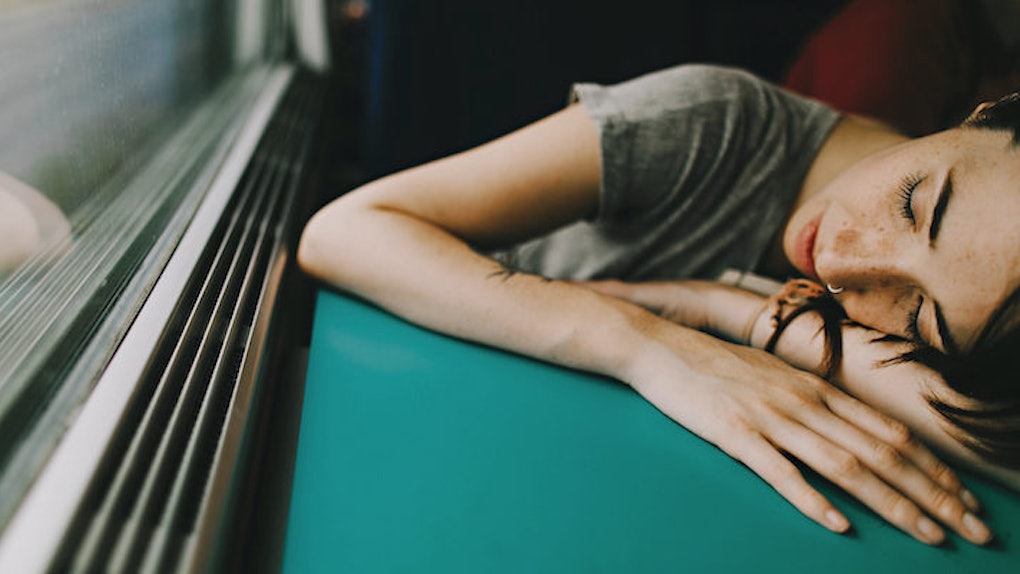 New Study Finds Your Lack Of Sleep Is Costing You Money

No matter how many times you tell me I should be getting eight hours of rest every night, I'll probably still settle for the usual five or six and make up for the lost time with a cup of coffee.

However, I'm kind of broke... so I think I'll start hitting the pillow for a little bit longer.

Allow me to explain the weird correlation between my bank account and my sleeping patterns.

A shocking study recently proved that sleep deprivation is actually taking a toll on the global economy, Mashable reports.

So now, while you're staring aimlessly at your ceiling at 4 am, keep in mind your wallet's suffering from your nocturnal way of life.

The study, provided by RAND Europe, claims that sleep-deprived US citizens are costing the country between $280 and $411 billion per yer as a result of lower productivity at work and higher mortality rates.

Yup... so start counting sheep, my nighttime-lovin' friends — and try not to have any nightmares.

This statistic doesn't only apply to Americans, though.

Apparently, the combined cost from sleep deprivation is a whopping $269 in the UK, Canada, Germany and Japan, so make sure you get your shuteye if you're staying abroad.

The main reasons behind the steep cost of staying awake are mainly results of health issues that sleeping fewer than seven hours a night can cause.

In addition to health, lack of sleep allegedly results in more workers calling out which creates lower production in the workplace.

The study also reportedly suggests that younger generations who are sleep deprived can potentially lead a life down a less prosperous path due to falling behind in school.

There's often this claim that sleep is for wimps and sleep is a waste of time. [...] It's really important to start building a culture that values sleep.

Who would have ever thought sleeping would make you more prosperous?

Hey, there could be worse news. My bed has never looked better.