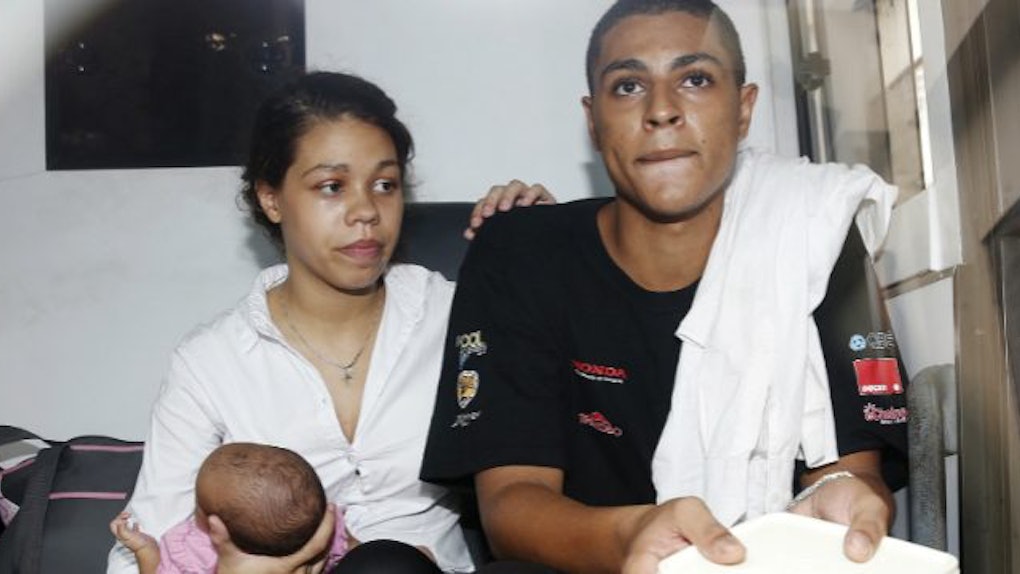 In August 2014, Heather Mack's mother's body was found inside of a suitcase that was left in the trunk of a taxi.

Mack, 21, and her boyfriend, 22-year-old Tommy Schaefer, were charged with the crime in Bali, Indonesia. They faced death by firing square.

Schaefer confessed to the murder and was sent to 18 years in prison, while Mack received 10 years in Kerobokon prison, where she is raising their 2-year-old daughter, Stella.

But now, Mack is taking full responsibility for the murder, and released a series of YouTube videos titled "Confessions," owning up to the crime.

Since I've been a kid I've heard the truth sets you free. I'm Heather Mack, and I want to be set free. I don't want to live in a lie anymore.

Last September, Mack said she hid in the bathroom of a hotel room while Schaefer beat her mother, Sheila von Wiese-Mack, to death with a metal fruit bowl.

Now, she is saying the only thing Schaefer is guilty of is helping her hide her mother's dead body -- because she threatened she would tell the police he murdered her if he refused.

Mack believed her mother killed her father, Chicago-based jazz and classical composer James Mack, in 2006 and was intent on seeking revenge.

In the first video, Mack said,

She then took Schaefer's phone and planted "fake conversations" to involve him without his knowledge.

I did that because part of me knew that with this plan of killing my mom in a hotel, that I might get arrested. I didn't want to get arrested by myself in a different country. So I came to Bali and I told Tommy that he was going to come here for a vacation.

Mack admitted to "trapping" her boyfriend, and that is the only thing she regrets.

I trapped him here and that is what I regret. I don't regret killing my mother. And as evil as that may sound, that's my reality… I regret being selfish. It was my battle; It was my mother; It was my father. I'm sorry to Tommy Schaefer for trapping him. I am sorry, Tommy Schaefer. I love you, I really love you. And if I could go back, I would do it myself. And I'm sorry that everyone who ever knew you now thinks you're a murderer when you're not. I'm sorry you won't be able to get a job. I'm sorry everybody thinks that you're some crazy killer. This is the truth and whoever is watching this: Don't hate Tommy. He's innocent. I'm not.

The couple broke up last year.