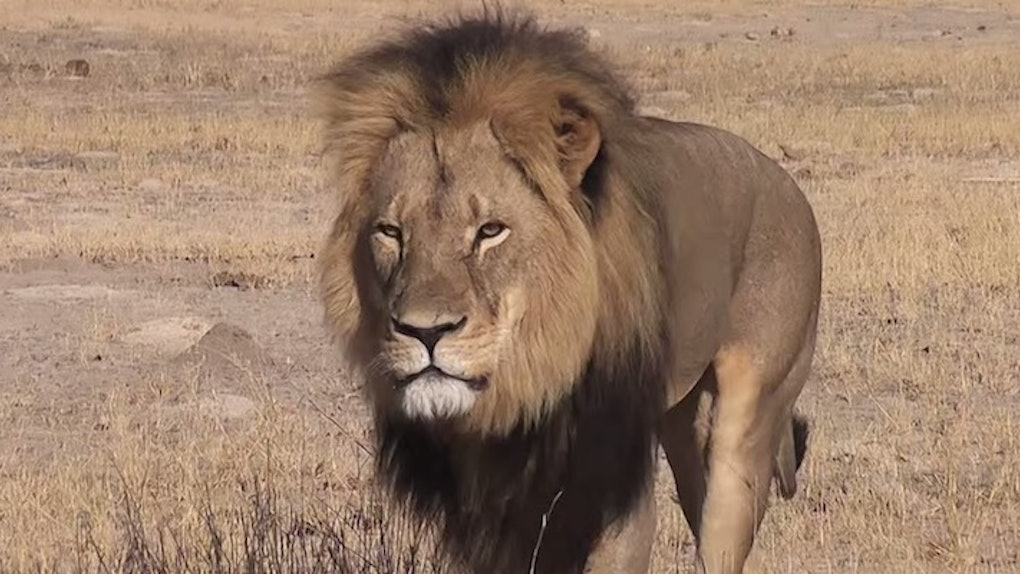 I'm one of those obnoxious people who loves animals more than people.

When at brunch, my friends "ooh" and "aw" over the baby in the stroller nearby.

I'm obviously not completely cold and apathetic toward babies, but I just don't feel the same connection as I do when I see a happy dog excitedly walking alongside its owner, or when I come home and stuff my face into my cat's fur.

I do believe all life should be paid attention to and respected.

And while there are countless other issues regarding disrespect for life that I care about deeply, when innocent and defenseless beings are harmed, it especially infuriates me.

In what world is it considered a talent to murder an animal with a weapon?

Lose the bow and arrow, or, teach the lion to use the gun, and then it will be an even match.

To not take the time and care to realize that taking a life (in this instance, Cecil and now his cubs) is done for no other purpose than inflating one's ego, is completely ignorant and hazardous.

Stories like the killing of Cecil the lion are a reminder of how arrogant we have become as humans.

A company I especially love, Arm the Animals, created a t-shirt design to commemorate Cecil (the proceeds of which go directly to the organization protecting Cecil's home).

It reads: "The earth is not only yours."

But it is exponentially increasing and spreading in a culture defined by reality TV and the constant, personal social media updates.

From the manifestos behind mass murders to industries prioritizing profit over the well-being of their trusting consumers, this belief can be seen in many major tragedies.

It can even be noticed in how we treat each other in our everyday life, as we become angry with friends who don't act exactly as we expect them to, or not taking the time to appreciate the people we love because we believe they will always be there.

As Millennials, we often get a bad rep for being narcissistic and lazy, and in some ways, it's true. But, I would argue that these are not just Millennial traits; they are traits of our current society as a whole.

We simply don't deserve to take whatever we want. In fact, we spend so much time thinking about what we want, and we aren't focusing on the things that actually matter, like respecting each other and respecting what we do have.

Millennials are also known as the most civic-minded generation since the 1930s and 1940s.

We are a generation of activists, and this is visible in the change from the previous decade alone.

Twenty-somethings often feel like they're in the middle of the ocean, in the sink-or-swim environment of the "real world."

We focus on promotions, affording our own rooms or apartments, dating or squeezing in happy hour when workdays go much longer than 9 to 5.

Being a 20-something is also the perfect time to put our activist skills to work. We need to be the generation that brings our culture out — at least, a little bit — of the arrogance we've seemed to immerse ourselves in.