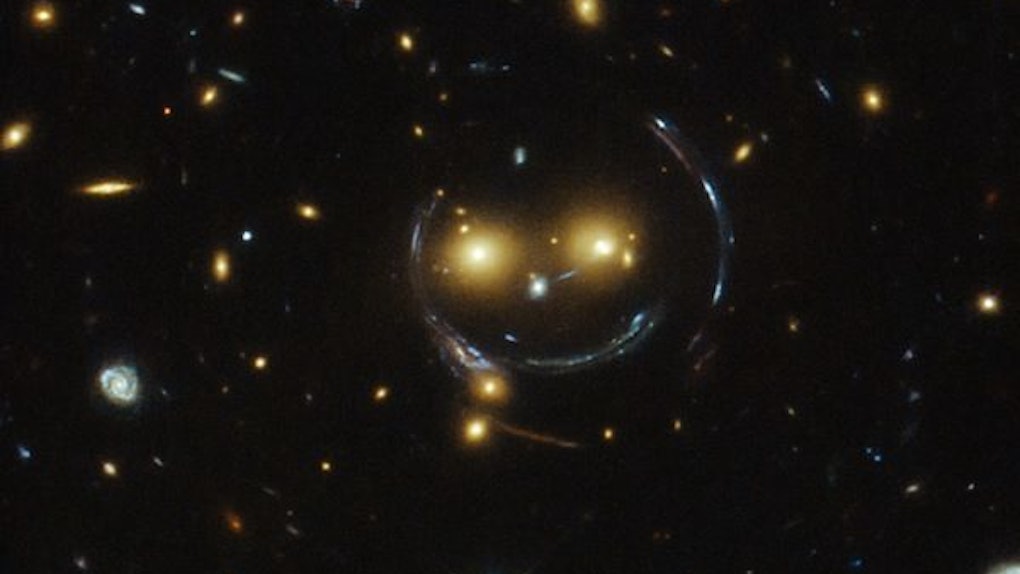 Did The Kepler Space Telescope Discover A Giant Alien Structure?

If you're among the 77 percent of Americans who believes in UFOs, then we have something for you.

NASA's Kepler Space Telescope has one job: scan the galaxy for habitable planets.

The way it works is fairly simple (in the world of space exploration, anyway). The telescope has a single instrument, a photometer, that continuously scans 145,000 main sequence stars, a relatively miniscule section of the Milky Way's 100 billion stars.

The photometer measures light emitted from the stars and sends data back to Earth, where dips in light are measured and analyzed to see if they equate to potential exoplanets passing in front of a star.

As of January 2015, the telescope found 1,013 exoplanets in 440 stellar systems. But its most interesting finding came in 2011 and is slowly making headlines now.

You see, normally, when an exoplanet passes in front of a star, its light pattern is very recognizable. According to Discovery, the shape is always "planet-like" and round.

And because the Kepler Telescope is looking at so many stars at once, at the start of the mission, NASA enlisted the help of citizen scientists, known as Planet Hunters, to look at all of the incoming data.

While looking at the data sent back by the Kepler Telescope, the hunters noticed something peculiar coming from a star far, far away. Its shadows weren't round or planet-like at all. In fact, they were downright strange.

So Tabetha Boyajian, a postdoc at Yale, decided to study the star known as KIC 8462852, to find out why it was emitting unnatural light.

We'd never seen anything like this star. It was really weird. We thought it might be bad data or movement on the spacecraft, but everything checked out.

Her paper, however, comes to a rather boring conclusion a comet likely passed by the planet and was somehow destroyed, and the remaining dust caused the odd dips in light.

But, this will never satisfy our natural curiosity.

Instead, we choose to follow Jason Wright, an astronomer from Penn State University, who is set to release his own research claiming the light may actually be caused by a “swarm of megastructures."

Aliens should always be the very last hypothesis you consider, but this looked like something you would expect an alien civilization to build.

Wright's research is apparently so compelling, Boyajian decided to join him in his work.

The pair, along with Andrew Siemion, the Director of the SETI Research Center at the University of California, Berkeley, is hoping to point a large radio dish at the star to see what they can find by January 2016.

If even the smallest part of you believes there could be life out there, you aren't alone.

In 2005, astronaut and International Space Station Commander Leroy Chiao said he had a close encounter while conducting a space walk.

In 2014, Seth Shostak, Senior Astronomer at the SETI Institute, said in testimony before the US House Committee on Science, Space and Technology,

It is not hyperbolic to suggest that scientists could very well discover extraterrestrial intelligence within two decades' time or less, given resources to conduct the search.

In 1974, Ronald Reagan claimed to witness a UFO while flying in a small plane. He told the Wall Street Journal,

We followed it for several minutes. It was a bright white light, and all of a sudden to our utter amazement, it went straight up into the heavens.

You aren't alone, and perhaps, neither are we.

Citations: The Most Mysterious Star in Our Galaxy (The Atlantic)