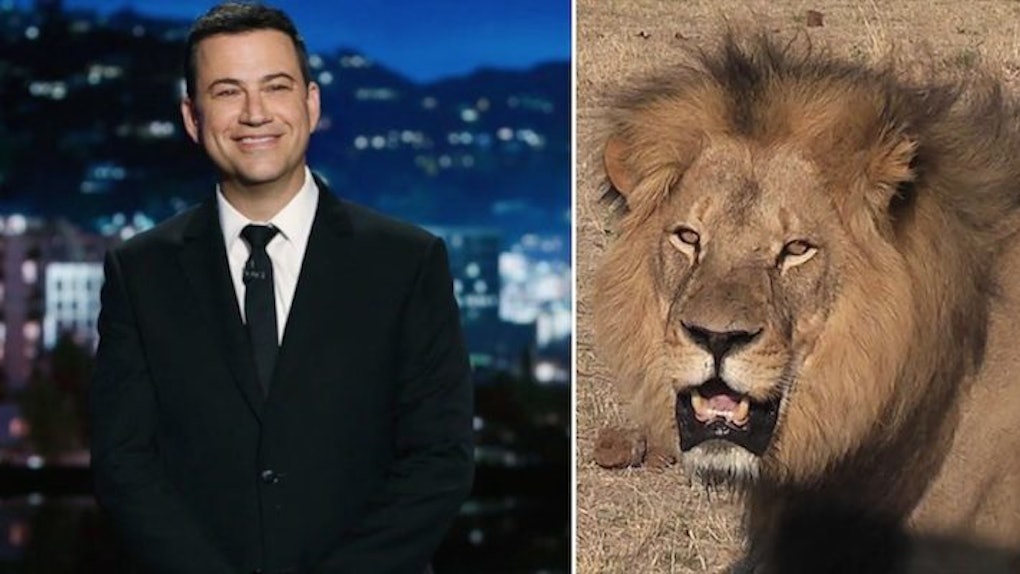 $150,000 In Donations Poured In After Jimmy Kimmel's Speech On Cecil

Jimmy Kimmel's heartfelt plea to have “some good” come out of the death of Cecil the lion worked.

The host of "Jimmy Kimmel Live!" got choked up on Tuesday night while asking his viewers to consider donating to the Wildlife Conservation Research Unit in honor of Cecil, the 13-year-old lion who was illegally killed by a Minnesota dentist in Zimbabwe.

During the address, Kimmel told viewers,

Maybe we can show the world that not all Americans are like this jack-hole, here.

He then showed a picture of Walter Palmer, who the Internet pretty much unanimously agreed should be shamed for his actions.

Well, Kimmel's petition to donate to Oxford's Wildlife Conservation Research Unit worked. The Wrap reports the research unit received over $150,000 in donations from more than 2,600 contributors in under 24 hours after the episode aired.

In a statement on its website, the WCRU's director and an Oxford professor, David Macdonald, said,

It will be a wonderful monument to Cecil the lion if we are empowered by these donation to continue and to increase our conservation work. The email deluge is overwhelming us, so we cannot reply individually, but we thank you sincerely.

Cecil was being observed through a GPS tracking device as part of a study by the research unit at Oxford University.

Just like Kimmel hoped, his plea raised a bunch of money for a really good cause, and I, for one, feel a little better about this story because of it.

Citations: Jimmy Kimmels Plea for Cecil the Lion Leads to More Than 150000 in Donations (TIME)