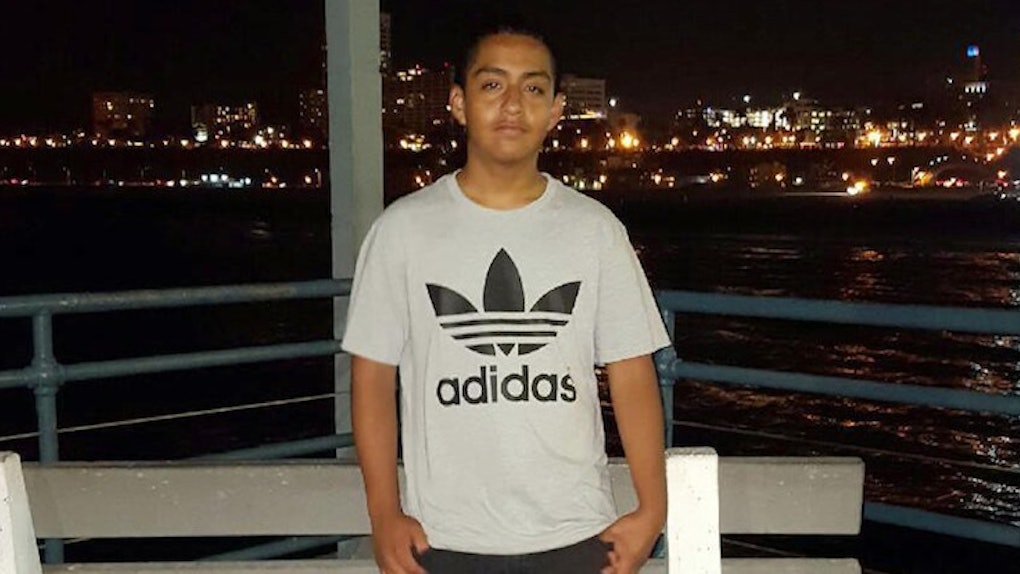 A 14-year-old boy has been shot dead by police in Los Angeles, the LAPD has confirmed.

The shooting took place in Boyle Heights as officers were investigating vandalism at around 5:30 pm local time on Tuesday.

Police gave chase to two young boys when one of them fired at the police, said LAPD Deputy Chief Robert Arcos at a news conference.

The victim has been identified as Jesse Romero.

According to a witness who saw the subject running from the officers, the witness saw the subject shoot a handgun in the direction of the pursuing officers. While the loss of life is always tragic, it is particularly so when the loss involves a youth.

Investigators retrieved a loaded handgun from the scene which is being analyzed for finger prints.

Meanwhile, Arcos confirmed the officer responsible for shooting dead the young teenager was wearing a video camera, which will be looked into.

No one else was injured in the shooting.

Arcos alluded to gang crime in that area of LA but did not confirm the boy was part of a gang.

The tragedy of this event can not be understated. In a community where violent crime continues to rise, particularly gang crime, this event underscores the need for new programs and outreach to provide opportunities and alternatives for the youth of our communities.

Romero was the 12th person shot dead by police in Los Angeles this year.

Mourners left flowers outside of her apartment.