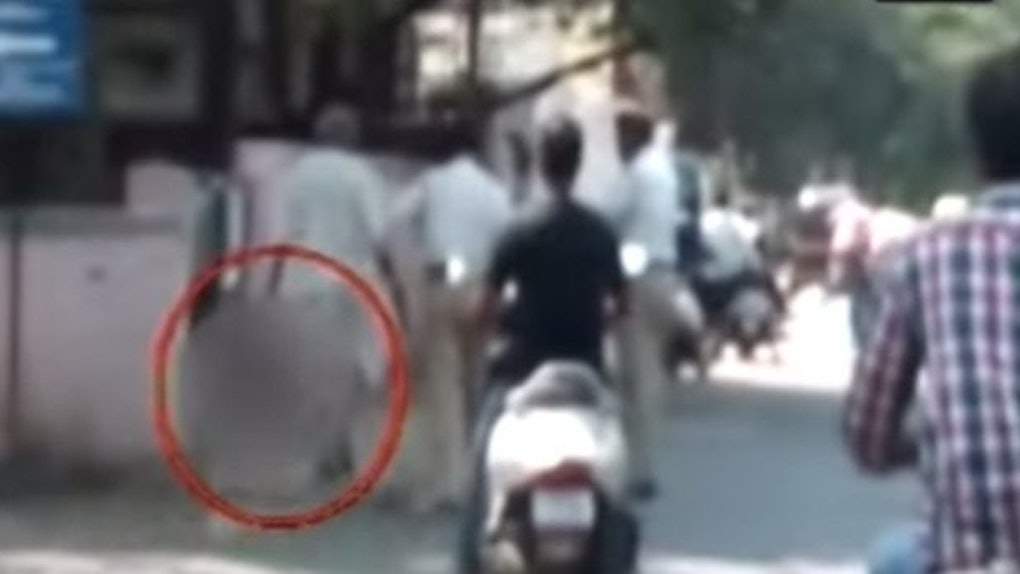 An Indian man reportedly decapitated his wife and carried her severed head down the street.

According to Daily Mail, 60-year-old Ramu Chavan used an axe to cut off his wife's head, and was filmed walking with the head as well as the weapon earlier today in Pune, India.

Chavan, who was holding the head by the hair, appeared to be accompanied by two men on his walk, though it's not clear what they were saying to him or what their connection to him was.

Chavan is said to have murdered his wife, 45, because he thought she was having an affair with their son-in-law, Zee News reports.

Police officers arrested Chavan after seeing him on the street. He has since been charged with murder, and his attack is currently under investigation.

Citations: Shocking moment husband is seen carrying his wifes severed head in India after he decapitated her with an axe because he thought she was having an affair (Daily Mail), Man beheads wife over suspicion of illicit relationship walks on road with head (Zee News)