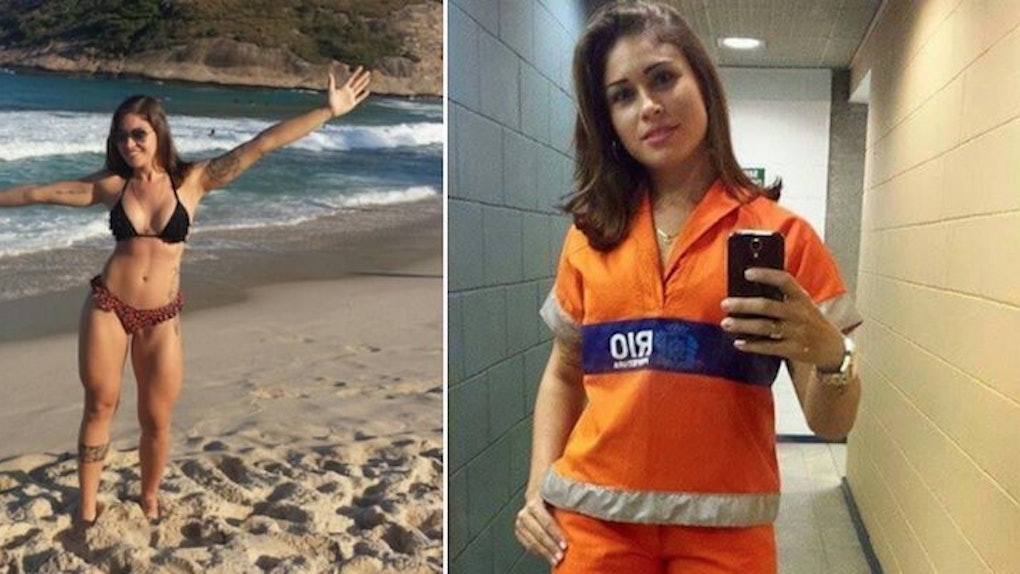 She might be pretty, but her job sure isn't.

Rita Mattos, 24, achieved Internet fame after photos of her working as a street sweeper in an orange uniform were posted on Facebook.

The Rio de Janeiro resident has worked for the city's Municipal Urban Cleaning Company since she was 16 years old and loves it, despite claims she's too pretty for such a dirty job.

People get scared when they see a pretty girl working as a street sweeper. They say I could get a better job than stay sweeping and weeding. Why do street cleaners [necessarily need to] be ugly? There is a prejudice. But despite that the work is quite intense, I have so much fun.

Since the photos of her were initially posted to Facebook, Mattos has become something of a star on social media, racking up for than 20,000 Instagram followers in a short period.

Being a street sweeper isn't easy.

And she regularly works up to 12 hours a day.

But according to Mattos, the work is great -- and it keeps her in shape.

Aside from her killer bod, Mattos is known for her beauty.

...and said she'd be open to modeling again.

...and hopes to work in business administration once she graduates.

But for now, she's the “Sweeper Babe.”