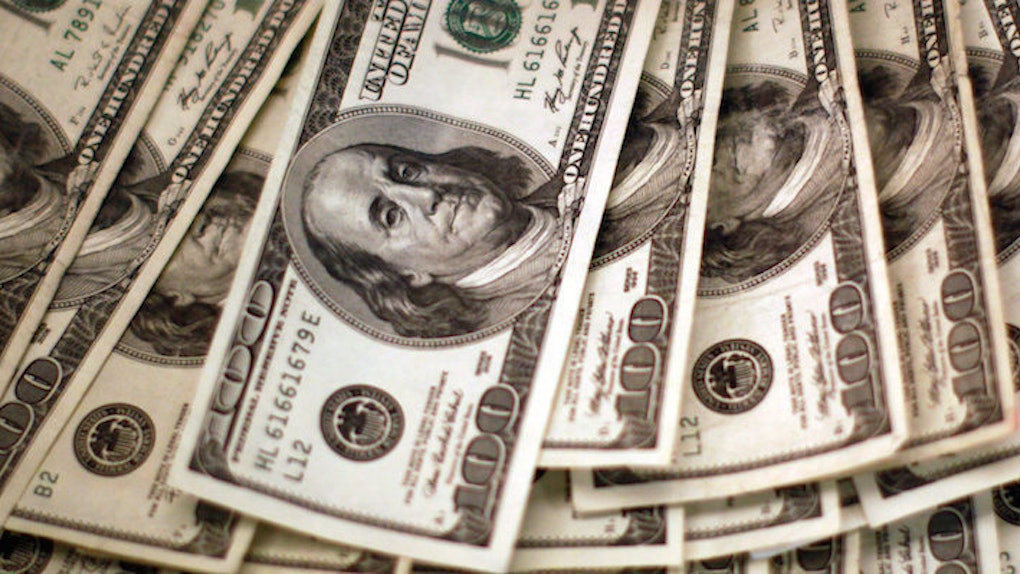 Studies show people who recently handled money, like retrieving some from an ATM, are less charitable and less likely to help others afterward.

New research from Lan Nguyen Chaplin, Kathleen Vohs and Agata Gasiorowska, summarized in Scientific American, takes this even further. It revealed even children as young as 3 years old are less giving and helpful after touching money.

These findings come from a series of five experiments conducted with children between the ages of 3 and 6 in Poland and the US.

In one of the experiments the researchers conducted in Poland, they had one group of 3-year-olds sort coins and banknotes and the other group sort buttons and paper slips.

Then, they had the children go into a separate room where the experimenter asked them to help her prepare materials for the next child she would test. The children were given a basket and asked to go collect as many red crayons as possible from a box in the corner of the room.

Ultimately, the children who recently handled money were decidedly less helpful than those who organized buttons and paper slips.

The researchers made similar findings in another experiment in America in which a group of kids, aged 3 to 6, were given the opportunity to handle coins and bills for as long as they wanted. They were then asked to go into another room to help with two activities.

In the other room, the children were given the choice to either help the researchers prepare materials for the next child or go play.

Finally, at the end of the experiment, the children were given the chance to pick three toys as a reward for participating. After they selected the toys, they were asked whether they would like to give their toys to children at another school and were told this would make these kids happy.

Summarizing the findings from this experiment, the researchers said,

Children who played longer with money were more selfish, less helpful, and less generous. They were less helpful in keeping the room tidy and less willing to help ready materials for the next child. They also took more rewards for themselves and were less inclined to give away their toys to other children... Young children show evidence of some remarkably advanced complex concepts such as justice, religion, and physics. Despite not being able to articulate it, children's minds have formed adult-like connections for these concepts. Money, for good or bad, can be added to this list.

Perhaps money truly is the root of all evil.