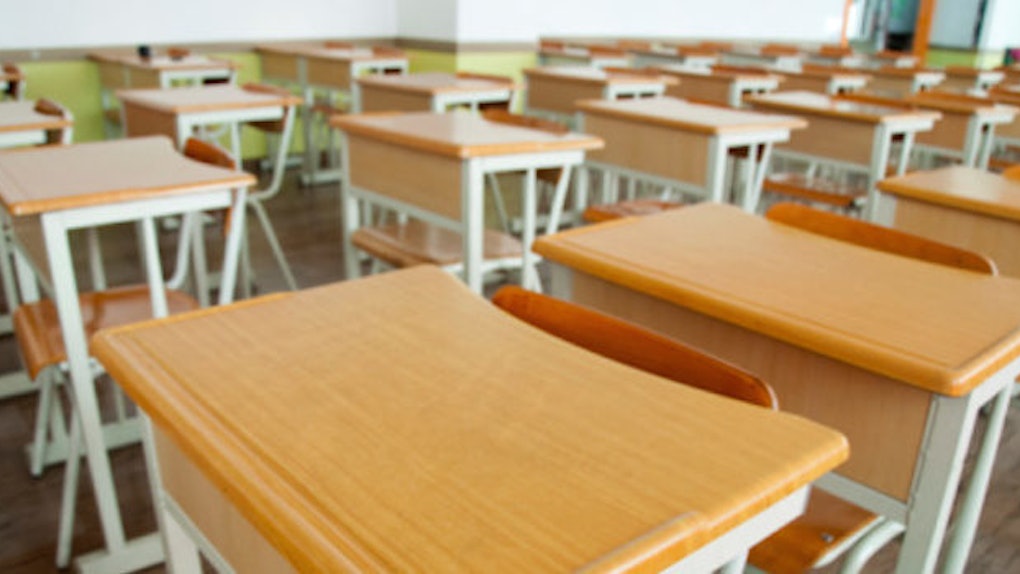 An assistant principal prevented a possible school shooting by tackling a gunman who wounded his colleague.

According to Daily Mail, the 16-year-old gunman entered the main office of South Dakota's Harrisburg High School Wednesday morning and got into a physical struggle with Principal Kevin Lein.

The shooter then produced a gun and fired one shot into Lein's arm.

Rollinger, 39, and Joey Struwe, the school activities director, held the shooter down until police arrived to detain the gunman, Argus Leader reports. Police were reportedly summoned when school staff pushed "panic buttons" to let the police know the school went into lockdown.

According to Argus Leader all students were taken around 11 am to Harrisburg South Middle School where parents were waiting to pick them up.

No one was injured besides Lein, who was released from the hospital Wednesday afternoon after suffering what Jim Holbeck, the Harrisburg School District superintendent, called a "flesh wound."

You really never know what this student would have done if they hadn't confronted him. If he already shot once, who knows?

Chad Birger, who played football with Rollinger at the University of Sioux Falls, said he expected such heroism from the assistant principal, Daily Mail reports.

I'm not surprised that he would put his life on the line for someone else.

Police currently believe the gunman acted alone. The gunman is expected to be charged at some point today.