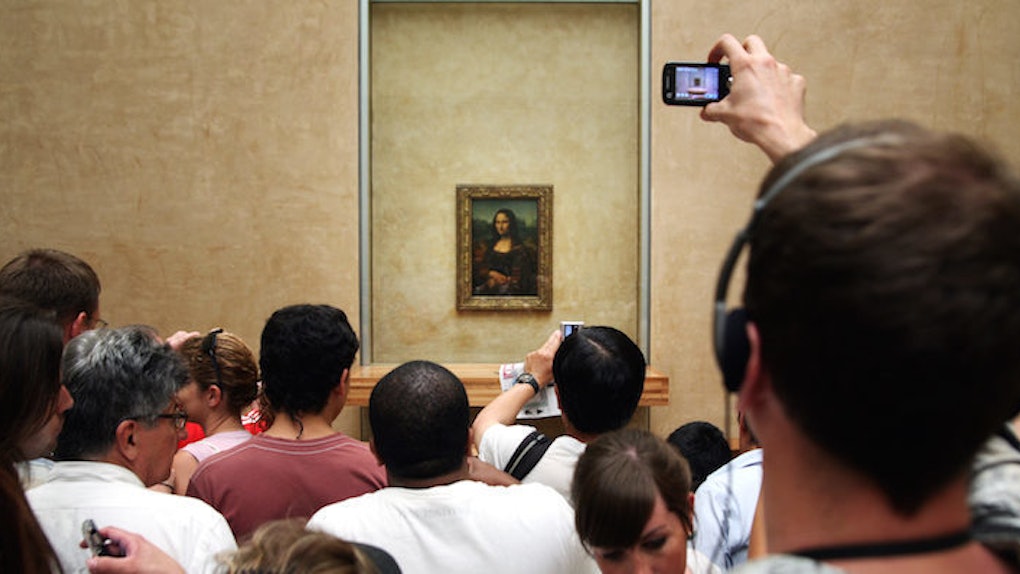 A French scientist claims to have found a genuine portrait hidden beneath the "Mona Lisa."

The technique involves projecting light onto the painting and then observing the reflections, allowing Cotte to determine "exactly what is happening inside the layers of the paint," he said.

CNN reports three hidden paintings were uncovered, one of which is a portrait of a woman who looks fairly similar to the famous face in the "Mona Lisa."

A digital reconstruction of the hidden portrait apparently showed it lacks the signature smile and intriguing gaze, though, of the "Mona Lisa" the world knows.

Cotte believes this uncovered portrait depicts the original Lisa del Giocondo, who is therefore not the woman in the Mona Lisa.

He told the BBC,

The results shatter many myths and alter our vision of Leonardo's masterpiece forever. When I finished the reconstruction of Lisa Gherardini, I was in front of the portrait and she is totally different to 'Mona Lisa' today. This is not the same woman.

Andrew Graham-Dixon, the maker of a new BBC documentary called "The Secrets of the Mona Lisa," said because the hidden portrait is the real subject of the painting, the woman currently on display in Paris can no longer be referred to as the "Mona Lisa."

There will probably be some reluctance on the part of the authorities at the Louvre in changing the title of the painting because that's what we're talking about -- it's goodbye 'Mona Lisa,' she is somebody else.

University of Oxford art history professor Martin Kemp, however, believes the hidden portrait to be a less-polished version of the finished painting.

There are considerable changes during the course of the making of the portrait -- as is the case with most of Leonardo's paintings. I prefer to see a fluid evolution from a relatively straightforward portrait of a Florentine women into a philosophical and poetic picture that has a universal dimension.

Cotte's discoveries are featured in an exhibition called "Da Vinci: The Genius" that is opening this week in Shanghai, where Cotte first announced the hidden portrait on Tuesday.