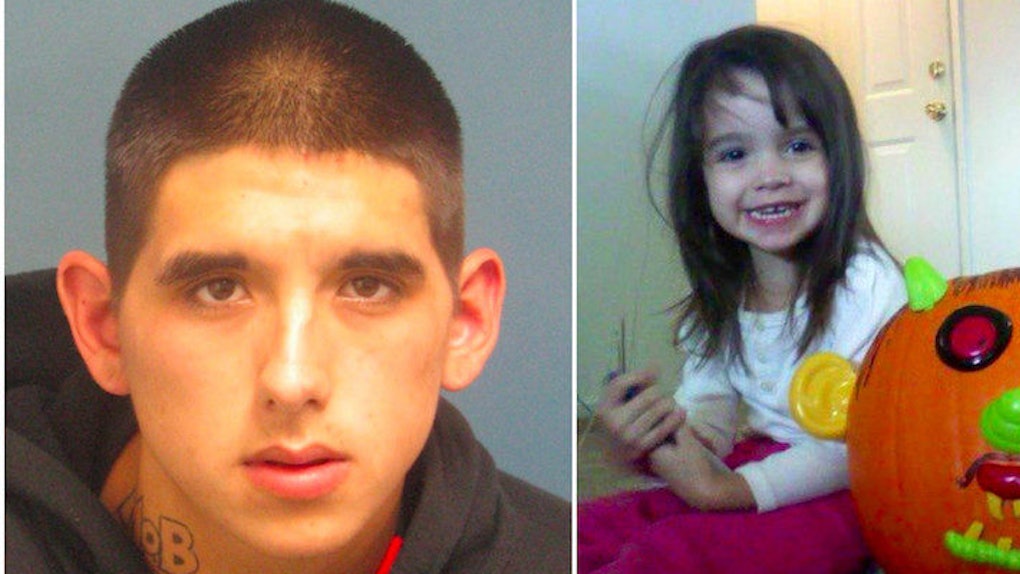 A heroin addict who was found guilty of raping, torturing and murdering his girlfriend's three-year-old daughter is now facing the death penalty.

He abused the child with an object before raping her while Sophia's mother, Erika Smith, was out buying drugs in Visalia, California.

The couple had been arguing during the day and Smith thought drugs would calm Cheary down.

When Smith came back, the pair smoked drugs before hearing a thud upstairs.

They found Sophia unconscious with vomit around her mouth. They dialed 911 and attempted to revive her and then put her in the bath.

Emergency services arrived to find the little girl wet and lying in the middle of the living room.

She was taken to Kaweah Delta Hospital where doctors confirmed signs of torture. They also found marijuana in her system.

Medical professionals turned off her life support days after she was pronounced brain dead.

Smith was never charged, but Cheary was found guilty of the heinous crimes earlier this month.

The court heard how he forced Sophia to call him "daddy," even though he wasn't her father.

On Wednesday, the jury recommended Cheary be sentenced to death. The judge will not pass the sentence until the end of January.

This is justice. He deserved what he got. She was everybody's daughter. Hopefully, I can relax a little bit more. It's been hard. I had to do this for her.

If the judges agrees to give him the death penalty, it will be the first in Tulare County since the new Proposition 66, a death penalty procedure initiative, was introduced.

This new law also speeds up the appeals process and means Cheary would get legal representation quicker.

It's unclear why the case has taken so long to reach trial.