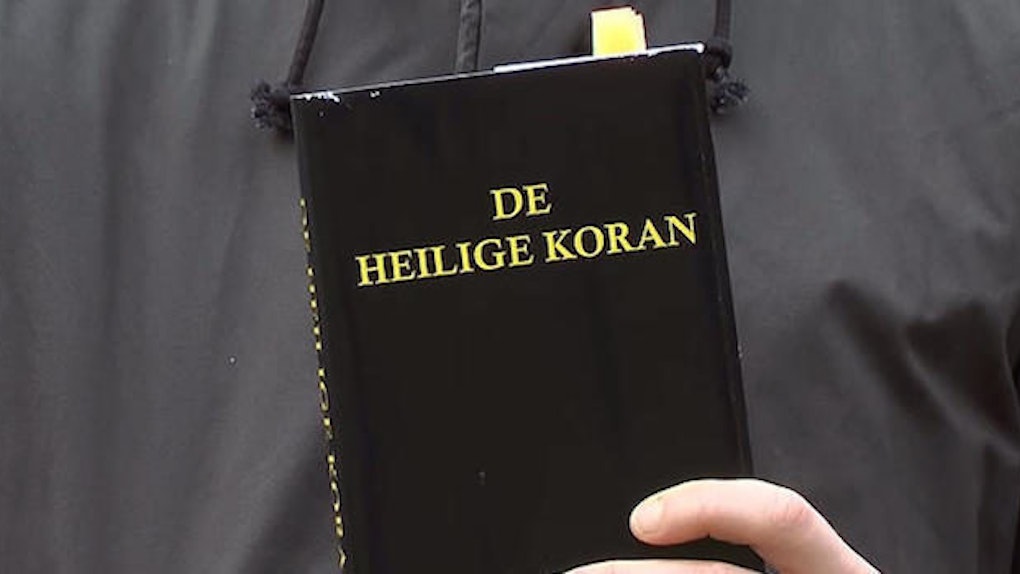 Recent attacks many believe were inspired by Islamic extremism ignited a growing suspicion that Islam is a particularly violent religion.

Some say passages from the Quran are to blame for inspiring Muslims to kill innocent people.

But as two young Dutchmen pointed out, the Bible's Old Testament could also very well have this effect if taken literally.

According to the Huffington Post, Sacha Harland and Alexander Spoor of YouTube channel Dit Is Normaal put the cover of the Quran on a Bible and read some Christian verses to residents of Holland.

These verses included Leviticus 20:13, which states two males having sex is punishable by death, and Deuteronomy 25:12, which threatens the loss of a woman's hand should she become a teacher.

Under the impression they were hearing Islamic teachings, several people took these words as validation of the accusations surrounding the Muslim faith.

These people were therefore shocked to learn the verses came from the holy text of the world's most popular religion.

One woman said she had no idea the Bible featured such passages, and a man admitted he was formerly prejudice and like a lot of people, always accepted the belief the Quran is more "harsh" and less "peaceful" than the Bible.