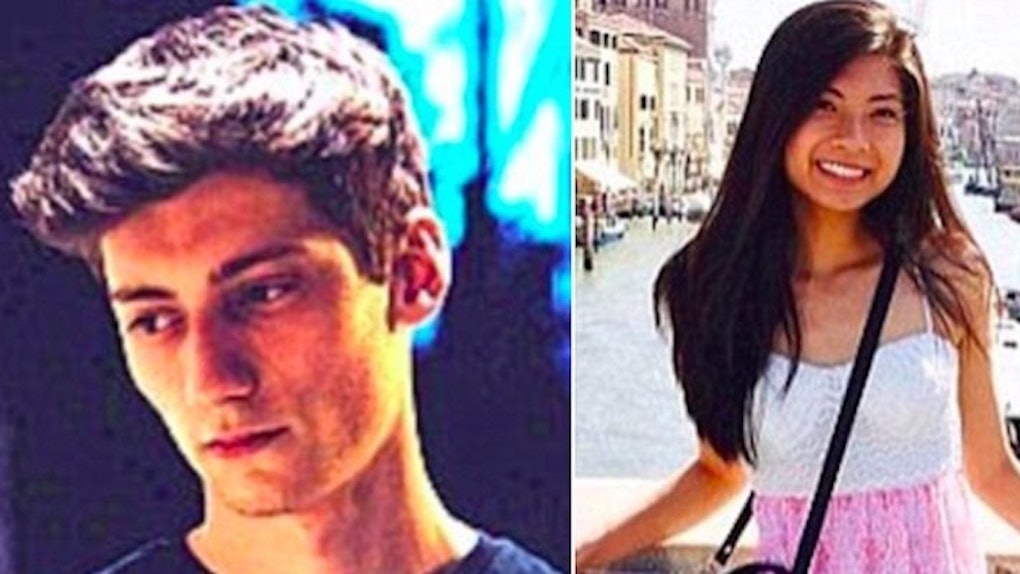 Love is a powerful emotion that can drive people to do some pretty intense things.

Remember when we told you about the Russian teen who chopped off a man's head after he saw his girlfriend posing in a picture with the guy on Facebook?

Well, it turns out that jealous teen isn't the only scorned lover who's done some unthinkable things.

Allen Ivanov, the 20-year-old man who is accused of shooting his ex-girlfriend and two other people at a house party in Mukilteo, a small city near Seattle, has just pleaded guilty.

The plea comes just one day before a prosecutor was set to announce whether or not he would seek the death penalty for Ivanov's crimes.

According to investigators, Ivanov carried out the horrific attack on July 30 because he was distraught over the fact that his former girlfriend had been moving on.

At his initial hearing in August, Ivanov pleaded not guilty to the murder charges against him.

However, The Daily Herald newspaper reports that Ivanov has now admitted to three counts of aggravated first-degree murder as well as two counts of attempted murder for injuring two other victims.

Ivanov was accused of killing three 19-year-olds, including his ex-girlfriend, Anna Bui, as well as two other people who were at the house party, Jacob Long and Jordan Ebner.

According to authorities, the disturbed young man bought an AR-15-style rifle with two 30-round clips just days before the shooting occurred.

Prior to carrying out the attack, Ivanov wrote a six-page letter that revealed he was upset about the breakup with Anna Bui. He explained that there was nothing wrong with his reasoning for the shooting, writing in a letter "I'm selfish. That's why I did this."

Court documents revealed that Ivanov also texted a friend 12 hours before heading to the house party, and said that he was going to attend a gun safety class before the shooting because he was afraid of "messing up."

The friend replied to Ivanov's message, telling him to use the gun to go deer hunting instead of taking his anger out on his ex-girlfriend.

According to investigators, Ivanov responded to his friend's message, stating, "No. I'm killing everyone at a huge party."

Police reports state that Ivanov hadn't used the weapon prior to the shooting and was unfamiliar with how to operate a gun, so he sat outside the house party and read the instruction manual that came with the gun before entering the party and opening fire.

All of the victims involved in the shooting were recent Kamiak High School graduates from Mukilteo.

Ivanov is set to appear before Judge Janice Ellis of the Snohomish County Superior Court for sentencing on January 12.

Citations: Jilted boyfriend, 20, who gunned down his his ex and two others at house party pleads guilty to murder (Daily Mail)