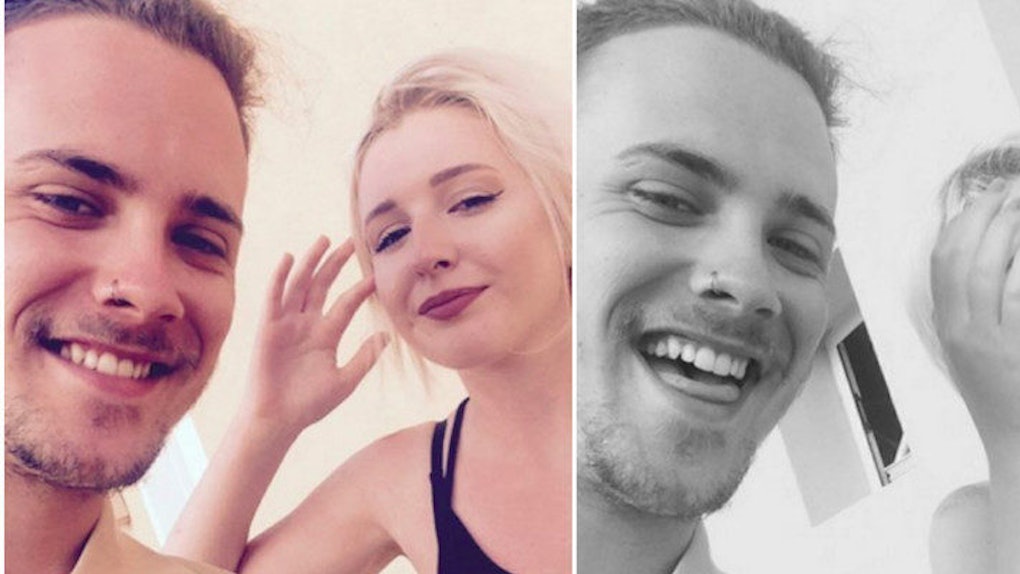 The ex-girlfriend of a 20-year-old man who took his own life after posting a heartbreaking Facebook post has paid tribute to him.

Beth posted a photo of her with Kieran Lister with the caption,

Kieran was found on Monday, December 12, after he was reported missing from his home in Churwell, near Leeds in England.

Earlier that day, he posted a goodbye message on his Facebook page in which he told Beth where she could find her Christmas presents.

The flat and car I own, is now Beth's. Use my bank account to pay for it & the clothes I have that are worth money, eBay them to get more for it (don't throw them it's pointless). Please sell all my belongs, like consoles and everything that's worth something, the furniture, once you are done with, give to someone else that's in need and looking for somewhere to live. I wish everyone to look after each other, stop falling out and remember how precious life is. The presents I have bought (beth they're in loft), take them and have a good Christmas, a happy one. It's what I want & a lot of thought went into them.

He ended his post with a plea to Facebook not to take down his posts so it can serve as an an "eye-opener to the people that are looking for happiness, something I've looked for my whole life."

At 7:42 pm on Monday, December 12, police received a call expressing concerns for the welfare of a 20-year-old man who had gone missing from his home in Churwell and had last been seen earlier in the day. Enquiries were carried out and searches conducted and the man was found dead in the Cottingley area at about 1:40 am on Tuesday. The death is not being treated as suspicious and the Coroner's Office has been informed.