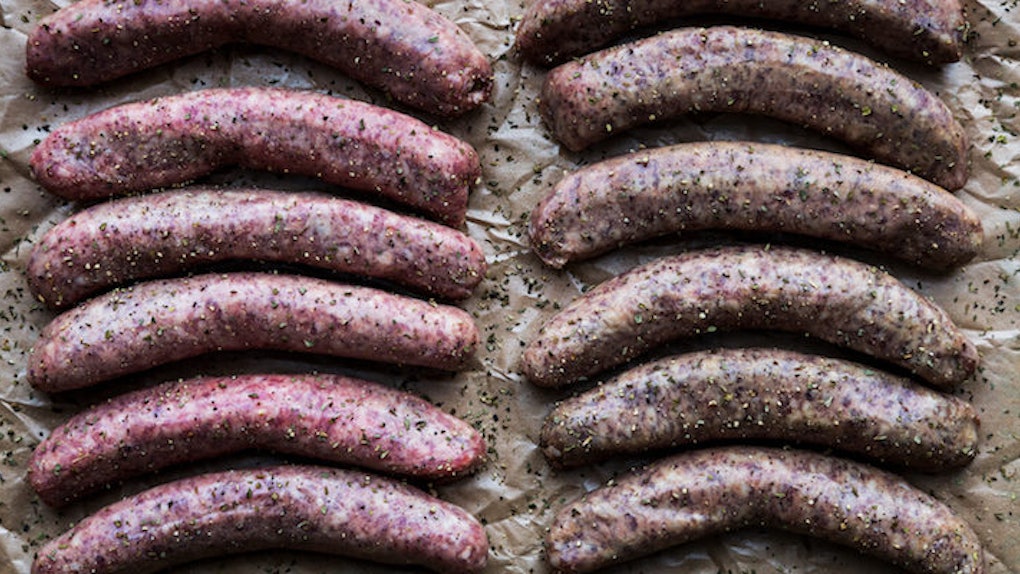 Guy Threatens Ex With Bomb Made Of Sausages

A man from northern China's Heilongjiang province tried to force his ex-girlfriend — who we're assuming broke up with him probably because he could and would do something like this — to take him back.

His romantic strategy: threaten her and her family with a bomb — a bomb made of sausages.

According Chinese news site Huanqiu, the man's sister immediately reported the fake bomb to the police, and the jilted lover was arrested.

The cured meats were confiscated and photographed.

The sister couldn't tell the bomb was fake. Presumably, they looked a little more convincing before the police unwrapped them.

Although at face value this story seems humorous, it's an iteration of one of the most grotesque and far-reaching social epidemics: domestic violence against women, which happens all over the world.

To be clear, yes, men experience domestic violence as well. But, in America at least, it is an understatement to say that women make up the lion's share of victims.

According to the National Coalition Against Domestic Violence, one in five women in America have been victims of severe physical violence by an intimate partner within their lifetime. One in seven have been stalked.

So, yes, this is a pretty odd story about a vengeful jilted man with sausage bombs.

But this incident also provides an occasion to acknowledge, once again, that women have been systematically traumatized by their partners for millennia. Violence and misogyny go hand in hand.

It's time we do something about it.

For one, if this all makes you furious, you can donate here to the National Domestic Violence Hotline, which provides victims of domestic abuse one of the only outlets available to them for advice and perspective.